Recently, my friend Andreas Johnsen premiered his new documentary BUGS at the Tribeca Film Festival. I was planning an ice cream social for the same day, and my friend Aaron suggested we make bugs ice cream in honor of Andreas’s film.

I talked with Andreas and he was excited by the idea, so he arranged for his friend JC Redon to bring fresh escamoles from Mexico. We planned a gathering for bug ice cream cranking & tasting on the popular High Line in New York City.

Escamoles are the larvae of ants that live under Agave roots, and they are very popular in Mexico City. JC specializes in farming and cooking these delicious little treats. I was dubious about his ability to bring 10kg of escamoles through customs, but the JFK officials gave him no trouble and didn’t even need to see his papers.

We decided to blanch the escamoles in milk and then blend them to get a smooth texture and lots of flavor.

Recipe (for a 3-quart freezer) 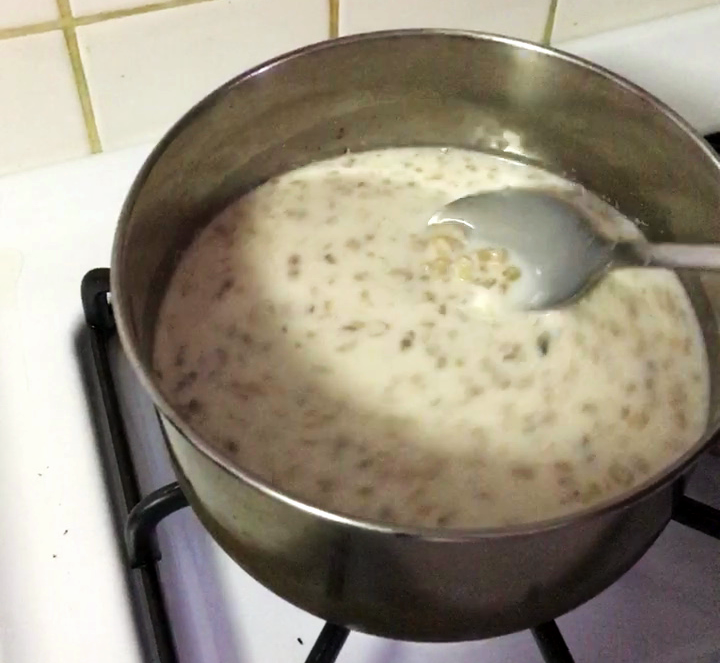 To prepare, put the escamoles in enough milk to cover them and heat on a low temperature.

Once the escamoles look plump and a bit firmer, they are probably cooked. Let the milk and escamoles cool. 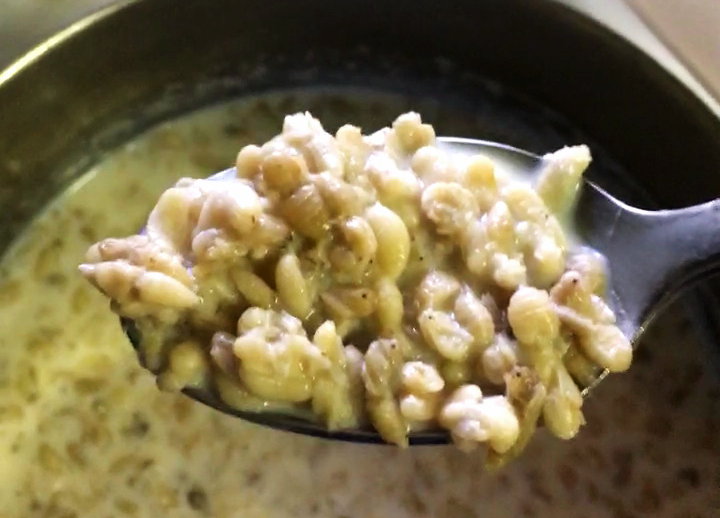 In a large mixing bowl whisk together the chicken egg and the sugar until it’s thick and pale. (Note – I used fewer eggs than I normally would since the ant eggs should serve a similar purpose.)

Whisk the cream into the egg & sugar mix.

After you’ve let the escamoles cool, blend them with a hand blender until the milk & escamol mix is fairly smooth. The egg-membranes will be a little bit clumpy, but that’s OK.

Next, press the escamoles through a fine sieve with a spoon. You want to get as much of it through as you can and you’ll end up with a pile of membranes left over (you can save these for use in another dish). The smooth escamol milk will be a little bit dark and have a very strong flavor. 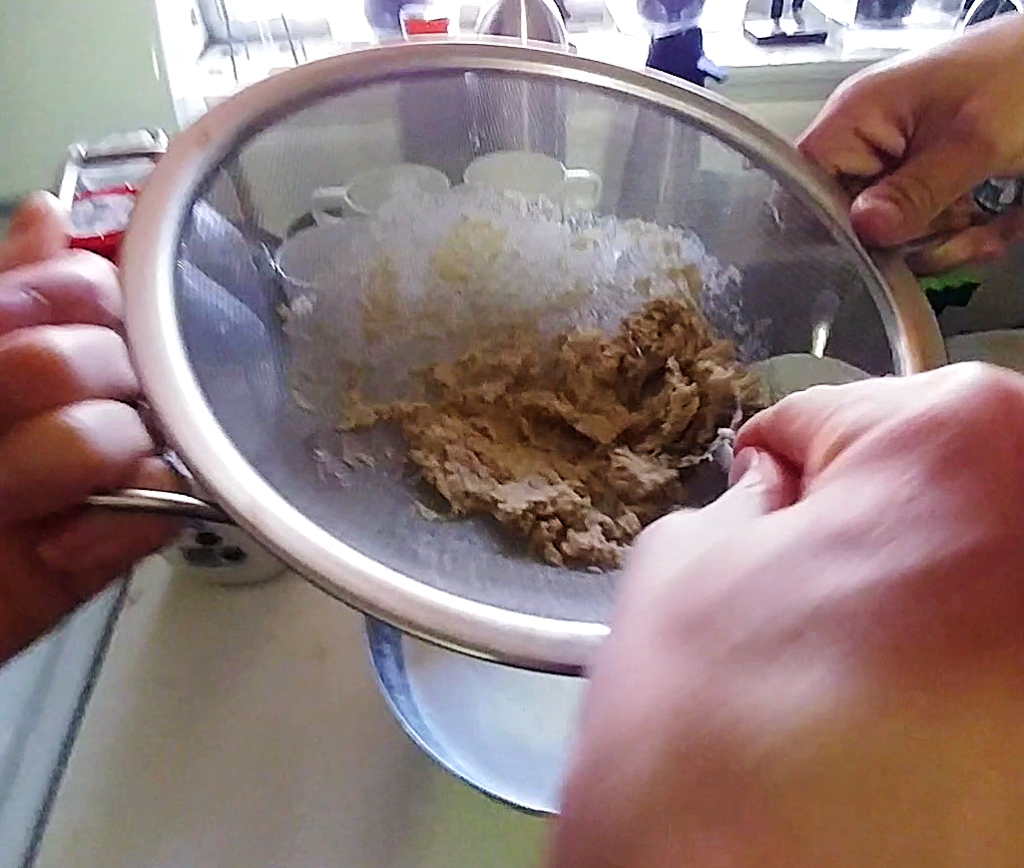 4. Add escamol milk to the mix

Combine the escamol milk with the cream, sugar and egg mix and whisk together.

Add about a liter of fresh milk and whisk it in. 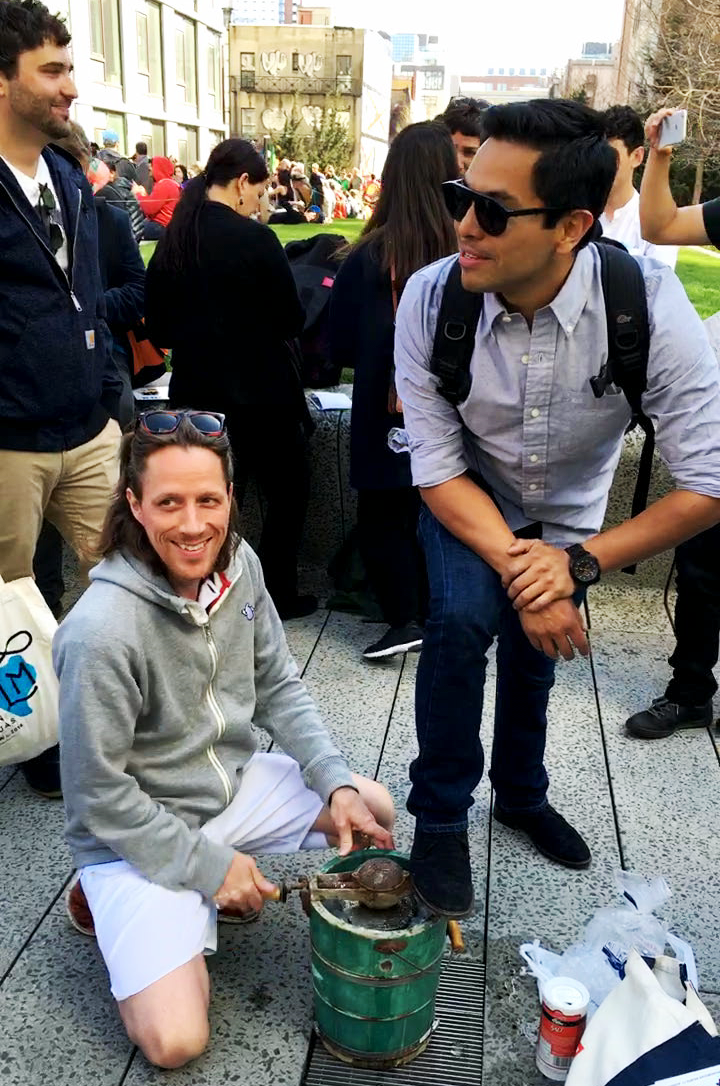 6. Crank with ice and salt

You should have enough mix to fill a 3-quart White Mountain can about 3/4 full. Now you’re ready to crank!

You can find more of Peter's adventures in ice cream making at triplemotion.com where he first posted this recipe.