Searching for earthworm recipes is not the most fruitful enterprise. Turns out though, that if you use the French term – ‘avec ver de terre’ – you have slightly more success! And it sounds really fancy. 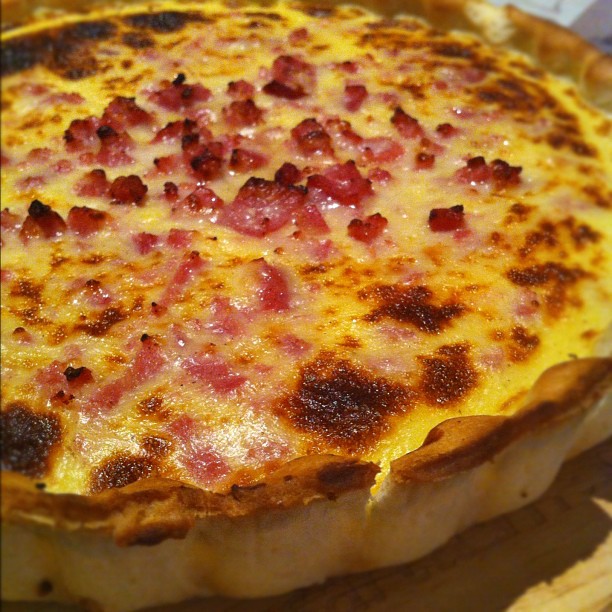 Spread worms on a cookie sheet and bake them in a 350F (180°C) oven for 10 to 15 minutes, or until worms are “crispy”. Then let worms cool and crumble like bacon bits.

Combine egg, milk, salt and Worcestershire sauce in a bowl. Stir in cheese, sprinkle half of onions over unbaked crust then pour in half of the egg mixture. Top with the onions that are left.

Bake at 350F for 30 minutes and allow to cool for 5 minutes before cutting.

Disclaimer
This recipe is originally credited to something called the Flanagan Parent-Teacher Club Cookbook but we were unable to trace the original publisher. We haven't tested this recipe, and it doesn't actually say what to do with the crispy wormy bits and the bacon and the other half of the egg mixture. Can someone help?