Chirping in the background – the Grasshopper

A new type of grasshopper was discovered recently. Trapped in amber, over 20 million years old, it was promptly named after the naturalist David Attenborough. He said he was “tickled pink” to receive such an honour. 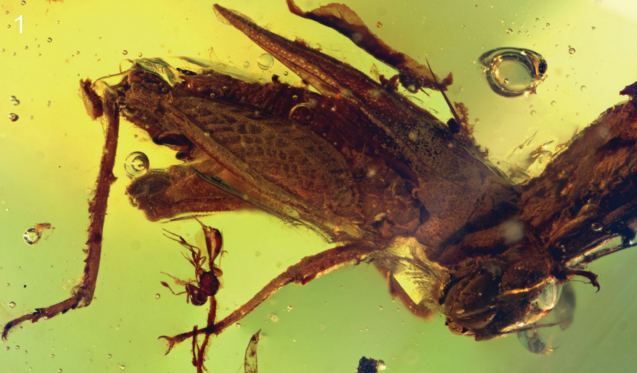 20 million years may sound impressive but grasshoppers have been around much longer than that. Easily confused with crickets and katydids, these are the stridulating ones; rubbing hind leg against forewing, they chirp away on summer evenings – and in the background of every film set in small-town America, ever.

Their skills aren’t limited to chirping; grasshoppers can also jump impressively far, spit brown liquid at attackers, and congregate in swarming clouds of biblical plague when they get too randy (more on that below). Pretty wild-west. 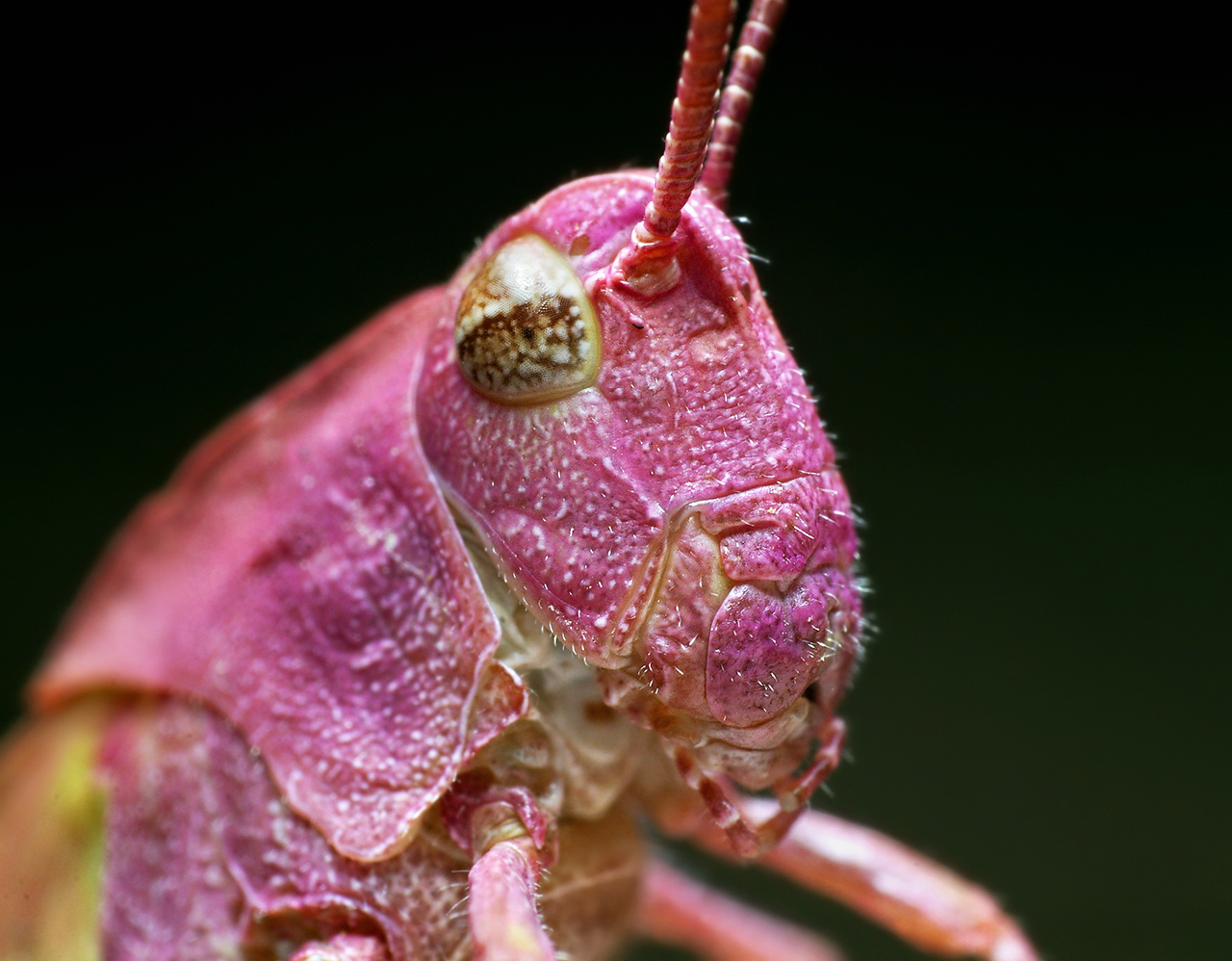 Grasshoppers are eaten widely, especially in Mexico where they’re served crispy and fried at sports matches and known as chapulines. These bugs love to feast on alfalfa fields, and as they nod off in the evening they’re easy prey. An estimated 350,000 tons live on these crops in Mexico each year.

Possible contamination
Most production of the roasted hoppers in Mexico is unofficial, meaning pesticide use, storage, and other factors are unknown.

Regulation and certification is recommended by some – in the US as well as Mexico. But is that the slippery slope to soaring prices, once chapulines get even more trendier? Or does the already steep cost for ordinary Mexicans indicate that something has to shift?

It might sound sniffy for outsiders to come in and say that picking bugs off the fields needs to be replaced by industrial-scale farm production. But one concern is safety: toxic levels of lead have been found in some chapulines sold in the US, though in a fascinating scientific detective tale, the lead was traced to a glaze on Oaxacan cooking pots.

As with their cousin the cricket, grasshoppers are well-suited to dry-roasting and grinding into powder, which can then be used to give a protein boost to lots of dishes.

Catching them in the wild might be difficult due to their ability to jump the grasshopper equivalent of a football field. But in drier parts of the world, they sometimes descend in their thousands – as locusts.

When grasshoppers go on a spree 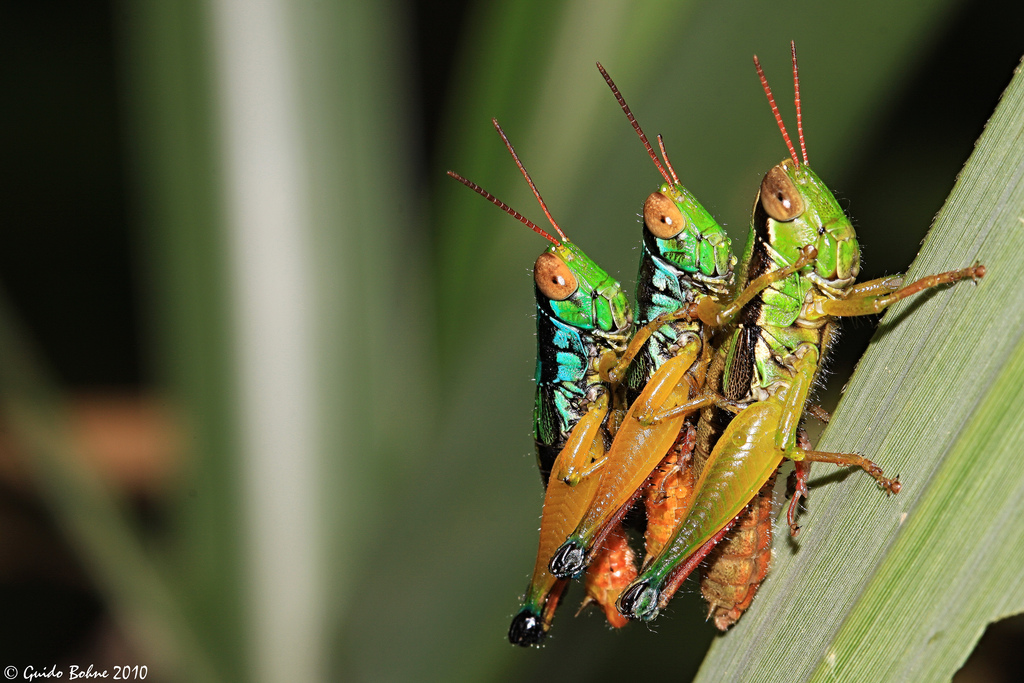 Not all grasshoppers can become ‘gregarious’, as it’s aptly called – only 12 of the 11,000 species have this magic trick up their sleeves, and it takes specific conditions for the transition to ‘gregarious locust’ to occur.

Grasshoppers are usually solitary, peaceable wee things. But when hunger and overcrowding occur, they ‘accidentally’ rub against each other and release serotonin, which triggers a chemical reaction.

Suddenly a grasshopper will transition from peaceful recluse to wildly-procreating, migrating, swarming locust, becoming larger and changing from a green to a orange-brown colour. Locust swarms multiply quickly and descend on farmland, stripping every last ear of corn and causing untold misery. They can travel 60 miles a day in swarms up to 6 miles long which can darken the sky when they arrive. 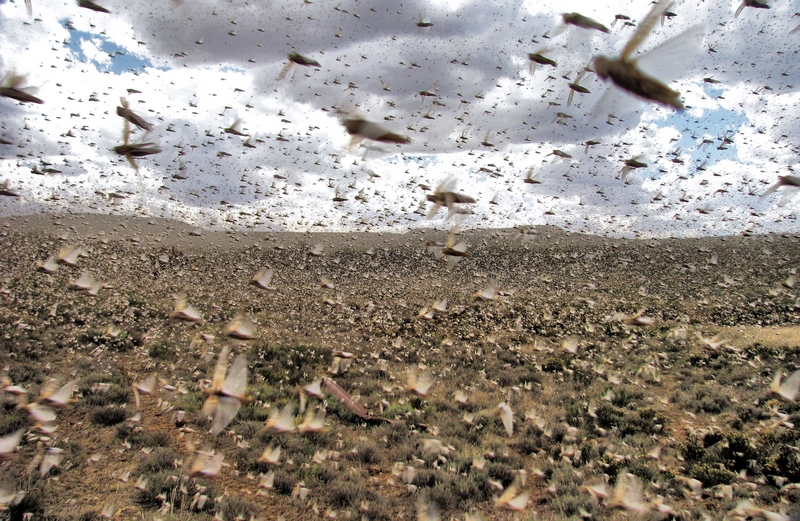 At this stage the locusts become omnivorous, eating things like leather, fence posts, even the wool from a sheep’s back.

The damage to a crop can be devastating for farmers, and of course scooping up some of the locusts to eat won’t necessarily stop the rest of them consuming the crops, unless it’s done on a massive scale. But it can serve as a good revenge, and more importantly provide nutrition to those affected by crop failure.

We have more on locust swarms – or ‘sky prawns’ – here.

More on Mexico Bug of the Week United States