Our first 'Bug of the Week' is a feisty one, with the ability to both bite its attackers and spray them with formic acid. It’s also the only animal other than humans that is known to a farm other animals! It’s a wood ant - widespread across northern Europe and the south of the British Isles.

Ants are farmers too

Like other ants, the wood ant uses aphids for food - maintaining ‘herds’ of the insects and moving them to find better sap much as humans do with domesticated animals. The ants stroke the aphids’ backs to obtain the sweet honeydew and protect them from marauding ladybirds, which sounds sweet, but they also drug them and clip their wings so they can’t escape.

The latin name for these ants is formica rufa (other species in the formica genus exist, with three unique to Scotland, but their numbers are declining sharply). They gave formic acid its name when it was first distilled in 1671. 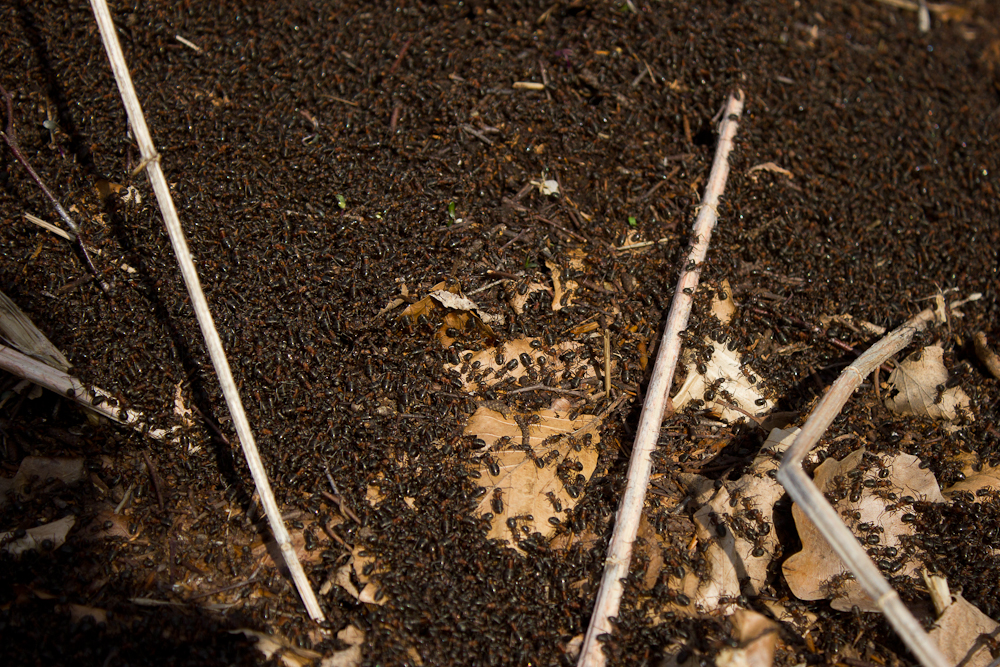 And of course, they are also edible. So what do they taste like? The formic acid they contain produces a sour taste, but often this is combined with a citric tang. There are more than 12,000 species of ant in the world so there isn’t one ‘taste’ - and the pheromones they communicate with also give them very unique and aromatic flavours. Because most of their food is honeydew - a nutrient-rich sugar water, basically - they often taste sweet too. Most of all, their flavour is very strong, which is important when they’re the size of your fingernail.

If you’re going to harvest your own wood ants, be sure to use bicycle clips on your trousers; ant bites are not pleasant and neither is their acid spray. Some animals use it to their advantage though; some birds are known to provoke the ants into, effectively, de-lousing them. They’ll deliberately disrupt nests, then spread their wings to take in the deluge of formic acid, which kills the mites clinging to their feathers.

Edible ants have become more widely available in recent years, with ‘Noma’ restaurant famously serving ants live (if anaesthetised), and online retailers offering them, usually coated in chocolate as a ‘novelty’ gift. Have a look at the recipes below.

Juniper Gin with a touch of Ant

‘Artisan’ gins are all the rage, with a seemingly endless range of flavours and ingredients. But one ‘botanical’ ingredient that’s less common is the red wood ant... More →

One of the ingenious tools that chimpanzees use is a brush-ended stick which they dangle into a termite mound, pulling it out covered in tasty snacks - dubbed a ‘chimp stick’. The chefs at Nordic Food Lab came up with an ant equivalent, using liquorice root and honey and other delicately flavoured foods to complement the local wood ants and smelling carpenter ants. More →