For some people this insect is the stuff of nightmares. A hornet is a very large variety of wasp, and the Asian Giant Hornet is, as the name implies, the biggest of the lot. Also known as the ‘yak killer’, it’s notoriously aggressive and kills around 40 people a year in Japan. If you see it, you run, because vespa mandarinia’s venom is delivered via a ¼ inch stinger and can dissolve human tissue; a few stings can kill you. It is said to feel like a “hot nail being driven into your leg”, according to a Japanese entomologist. To top it all off, the venom contains pheromones that send out signals to any nearby hornets, encouraging them to come and finish you off. 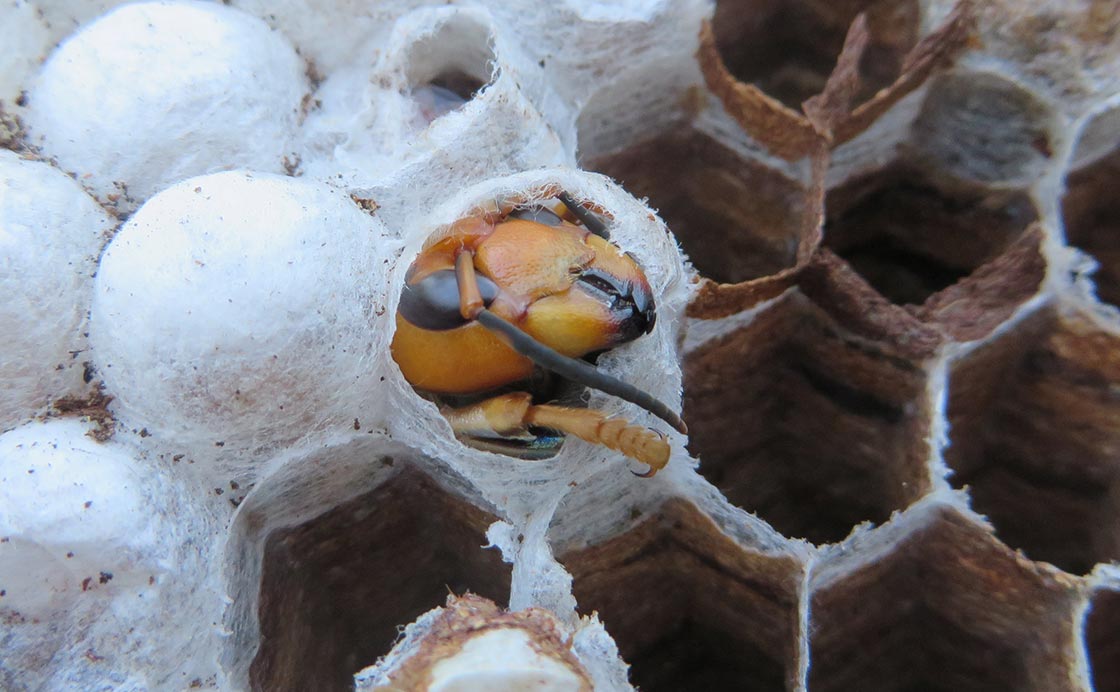 Just 30 of these hornets have been seen to take on a hive of 30,000 honeybees. An ill-fated attempt to introduce European honey bees to Japan saw them fall prey to the giant hornets – but the native Japanese honeybees have an ingenious, if drastic, method of fending them off. One hornet scout will approach a honey bee hive, sending out ‘Food!’ signals to its friends.

To stop it from doing this, the honeybees set a trap, luring the scout into the hive then leaping on it in huge numbers, forming a massive ball, as can be seen in this video. Then, incredibly, the hundreds of bees vibrate, causing the temperature of the tightly-packed ball to rise rapidly and produce enough CO2 to kill the hornet before it can call up reinforcements. Some bees obviously die, but bees are all about sacrifice for the hive anyway. 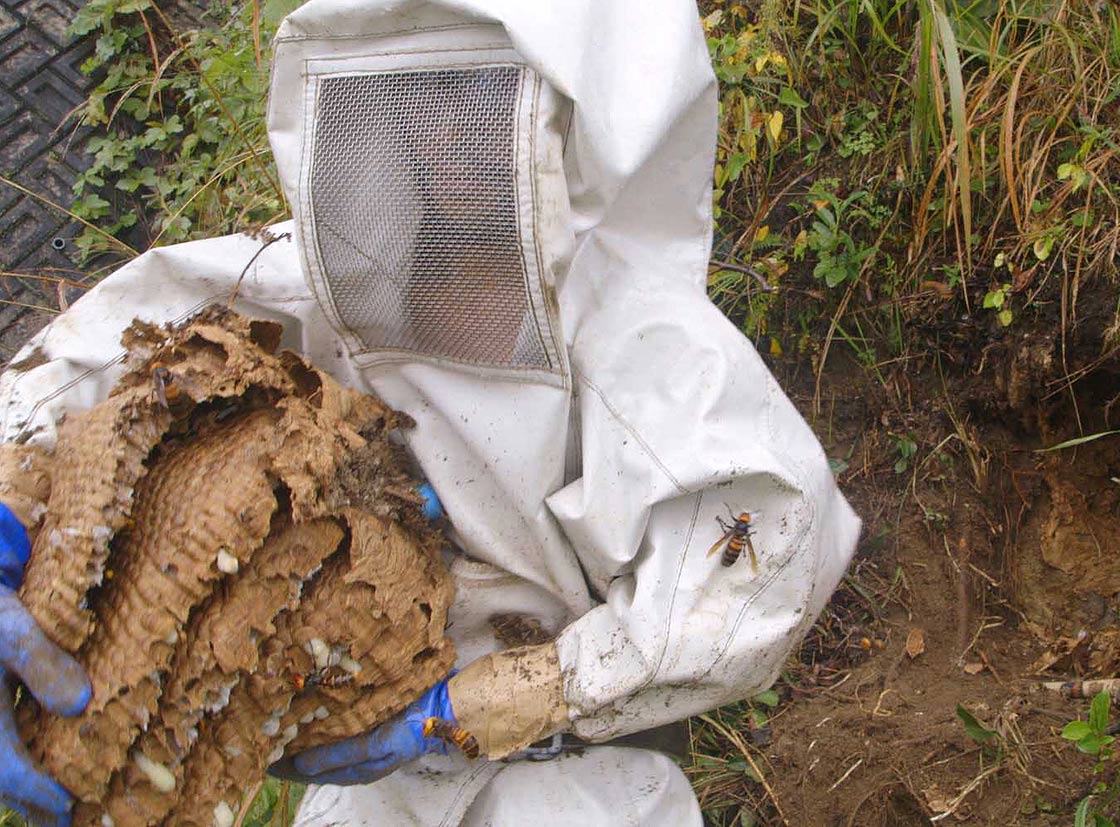 Photo: still from Bugs the film

Despite this formidable reputation, Asian Giant Hornets are eaten in Japan and elsewhere. Just as with honeybees, the mature hornets can be eaten but it’s the larvae that are most highly prized. The entire comb is usually removed, the adults trapped (carefully) in alcohol, and the larvae removed to be fried or boiled.

Don't try this yourself
Giant hornets can be very dangerous. Their stings can kill humans. You'll want to get your supplies from a professional hornet hunter like this one.

The hornet-infused alcohol is left for up to three years, producing a mud-coloured, strong-smelling drink which supposedly has various health-giving properties. Outside of the mountainous areas in central Japan where this is made, it’s a pretty unusual tipple.

Charlotte Payne is taking BUGSfeed readers on a hornet hunt. Are you ready?

More on Bug of the Week Honeybees Asia

Why drones, not honey, might be the hive's most delicious ingredient

BUG OF THE WEEK: the honeybee. Combs of unwanted drone bee larvae are a 'byproduct' of beekeeping - but in some countries they're a delicacy, and eating them could actually help stem the decline of the bees. More →

More on Bug of the Week Honeybees

Wax moth larvae can rip through a beehive like nothing on earth, causing utter havoc. But some beekeepers have adapted, realising that a waxworm infestation can have unexpected benefits. Taking the larvae to breed yourself means you have an endless supply of food. More →

More on Bug of the Week Japan