There are about 500 species of stingless bee, found across Australia, Brazil, Central America and Africa. These guys aren’t very big, and their sting is too small and ineffective to do any damage – instead, their defensive mechanisms against humans is to buzz around your ears and annoy you. Aw.

Stingless bees live in colonies underground or in hollow branches and wall cavities, and produce a much runnier honey than domesticated honeybees. They also produce much less honey, and its flavour varies considerably. 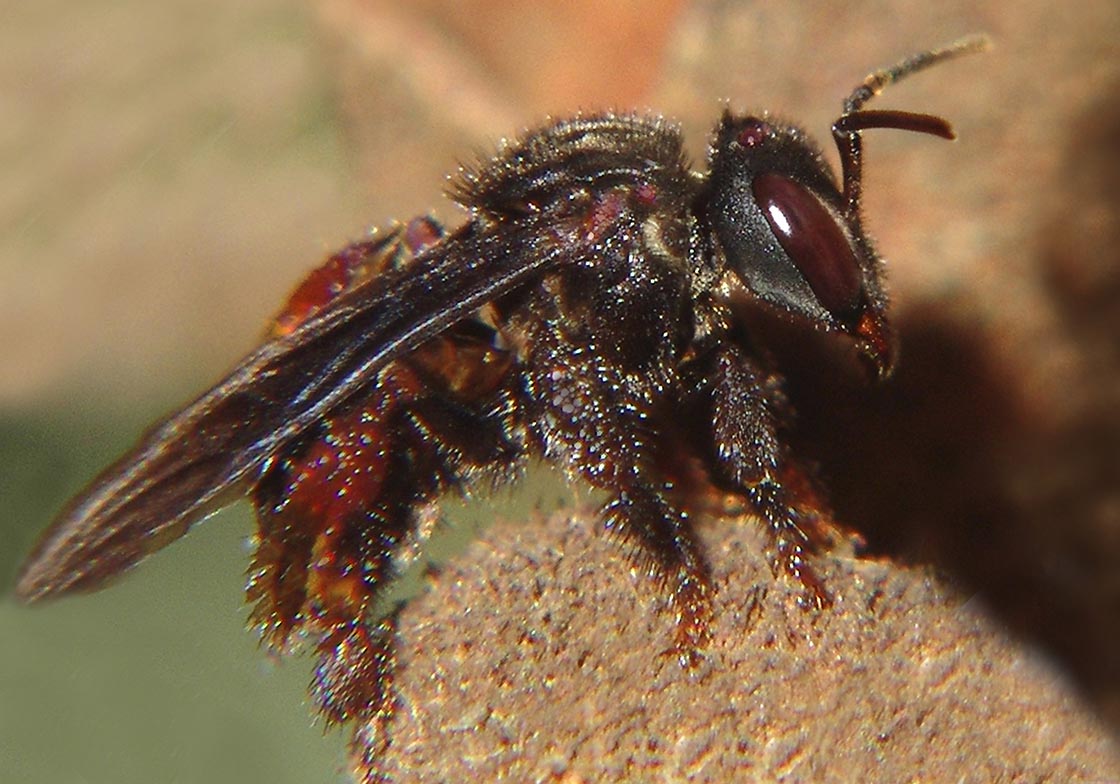 This “other honey”, as it was called in American Scientist, has scientists and agriculturalists excited. Communities in areas with native colonies have, it seems, always dug up the honey and used it for sustenance and medicine. It seems this stuff is very, very useful

The practice and knowledge of harvesting this ‘other honey’ has been on the wane for years, but now things are turning the corner, because people are starting to domesticate these bees. The docile bees are much easier to work with than honeybees, and less susceptible to the diseases and parasites currently decimating global honeybee populations. 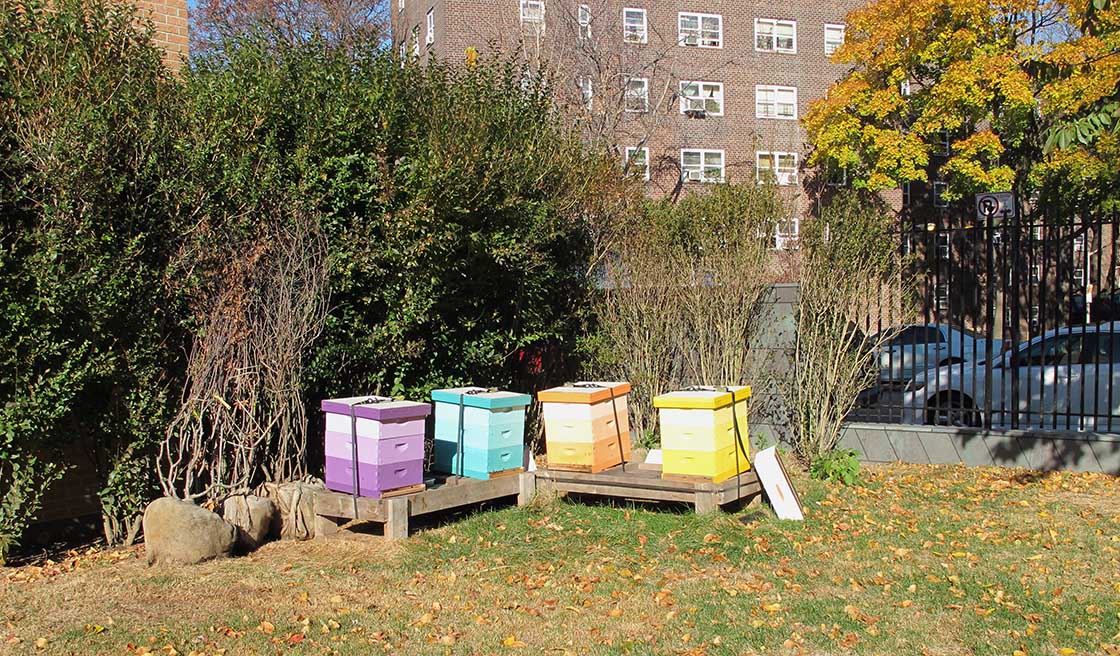 Bee hives in the city. Photo: Kristine Paulus, licensed under CC BY 2.0

Because they can’t sting, the bees are even popular as pets in Brazil, and are perhaps more suited to urban beekeeping, a growing phenomenon which we covered here. As we found talking to Copenhagen beekepers Bybi, honey is by no means the only product of the hive. There’s brood comb, and bee bread, both edible and highly nutritious – but often discarded. Beeswax has, seemingly, a million and one uses: from candles to furniture polish, to general waterproofer and homemade balms.

Would you like to eat some honey or some bees?

The bees themselves can be eaten too – just like honeybees and wasps. This comprehensive list of edible insects compiled at Wageningen University lists no fewer than 24 stingless bees you can munch on.

The UN’s food agency, FAO, notes that the complexity of beekeeping (it’s not easily categorised as agriculture as it’s also forestry, horticulture, livestock management…) makes it a good fit for sustainable rural development. They say that beekeeping “can contribute significantly to livelihood security” but is still often ignored by policy-makers who focus instead on ‘real’ livestock like cattle. 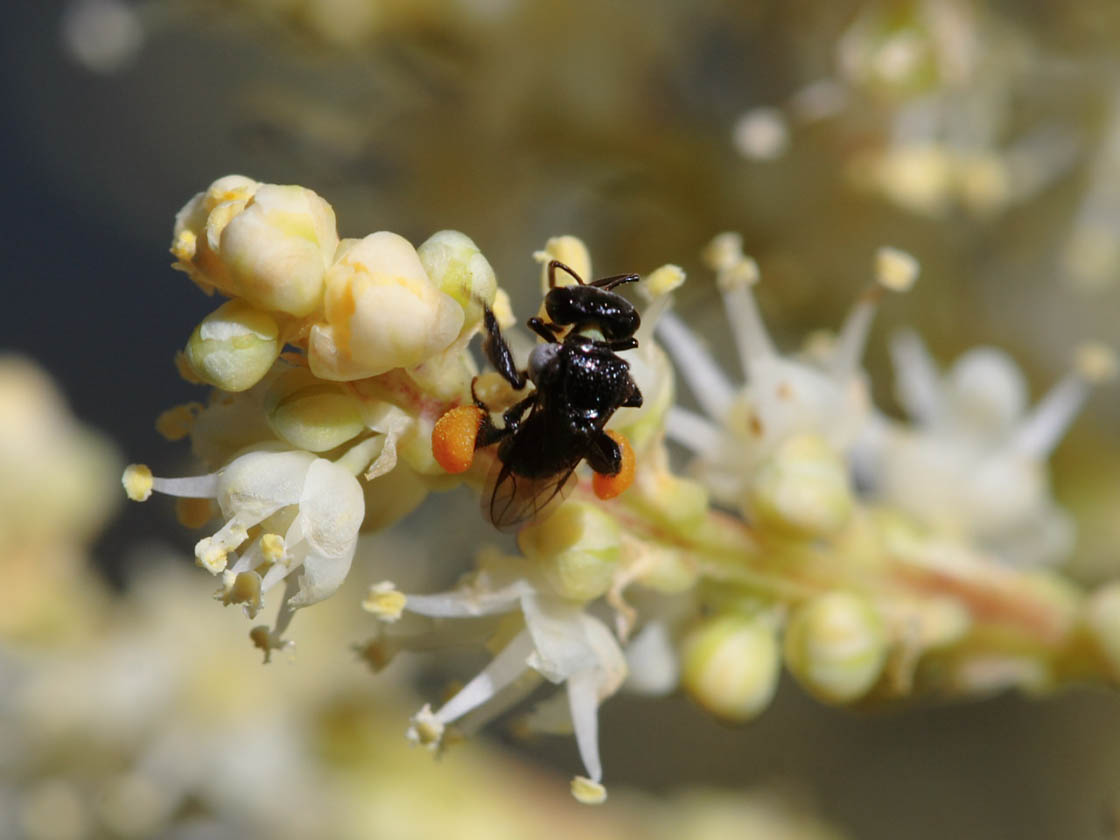 But as a “multipurpose insect” that produces “several commodities”, stingless bees are an ideal “minigame” or even “semi-domesticated minilivestock”. This FAO report continues on in such UN-speak, but basically it’s saying that native bees are a great natural resource that can be built up to produce commodities and food for local people without, seemingly, adverse consequences. So they say.

In the recently-released documentary film BUGS, stingless bees native to Uganda were one of the many insects which protagonists Josh Evans and Ben Reade encountered. We'll soon show you how they found the hive’s honey – and their ecstatic reaction.

More on Bug of the Week Africa Australia

Does the trendiness of edible insects spell a corporate takeover? Remember when sushi was 'out there' in the west? More →