The simple cricket. Well, no. Nothing’s simple in the insect world. There are 900 species of cricket. They’re spread all over the world and are easily confused with the katydid, the grasshopper, and the cicada. You might know them best for their ‘stridulations’ – this romantic chirping to attract potential mates is made by the males rubbing their legs together. 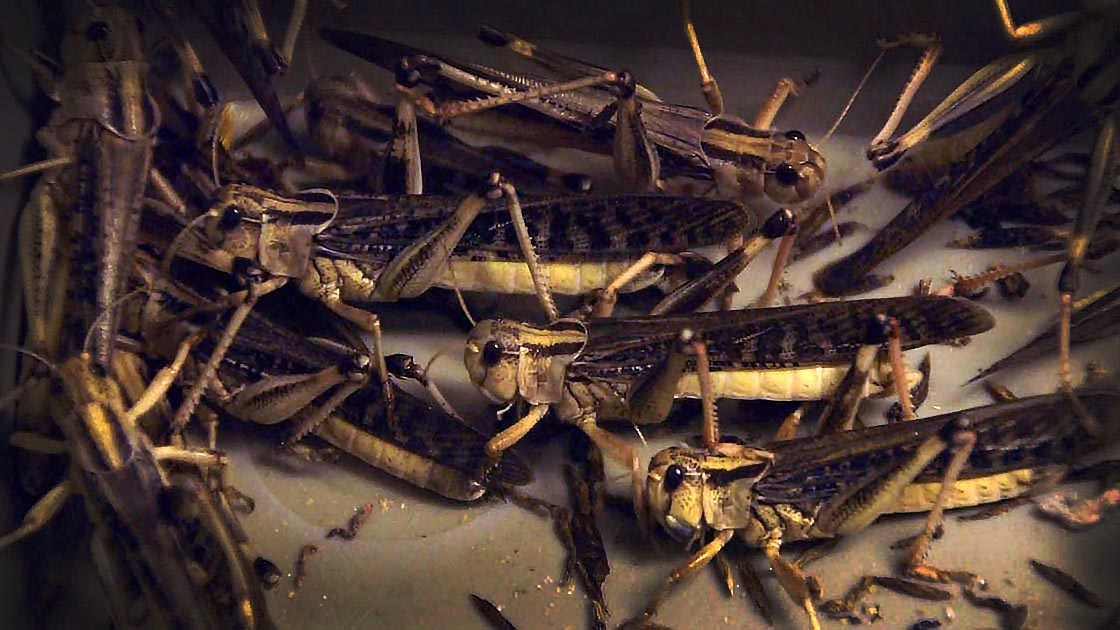 Some crickets can fly but not well. They’re very much the definition of a ‘creepy crawly’, coming out mostly at night with their comically long antennae and big back legs which they spring about on.

Unless you’re a serious bug fan, you wouldn’t describe these brown and black scuttling things as pretty. The first one to make it on to the big screen, Pinocchio’s wise friend Jiminy Cricket, was drawn looking suspiciously like his more photogenic cousin, the grasshopper. The injustice!

The many uses of Jiminy Cricket

But despite being a bit dull, crickets have become the ‘next big thing’ when it comes to edible insects. Yes, we’re talking about eating Pinocchio’s pal. 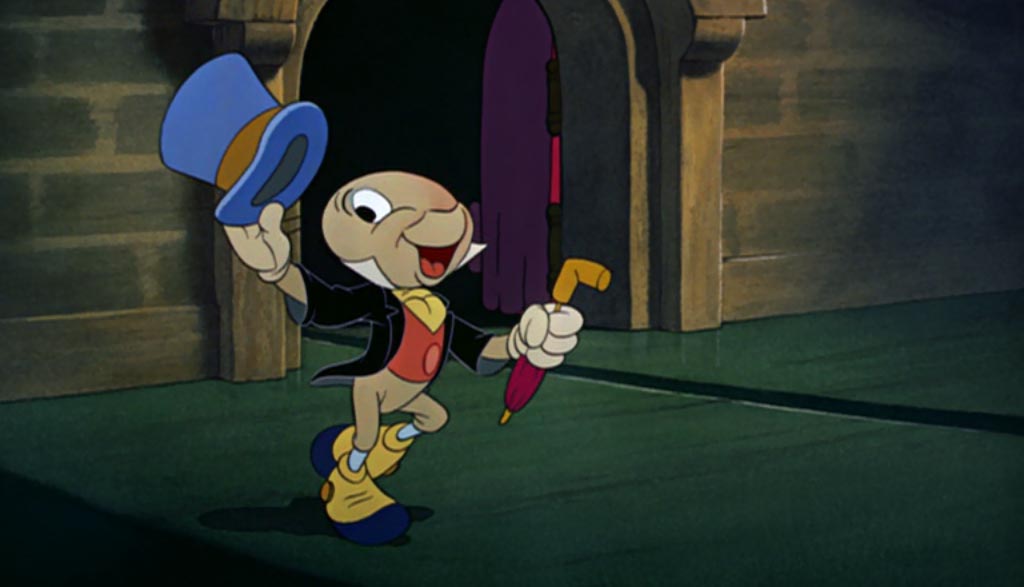 Jiminy Cricket in the trailer (public domain) for Pinocchio

Crickets deliver a real protein punch for such a small size (bear in mind you’ll want to pick off the legs, they’re a bit twiggy), and yet need 12 times less feed than cattle, proportionately.

This is true of many insect species and is why the UN, among others, advocates the expansion of entomophagy and insects-as-feed in such strong terms. Cattle and their ilk are deeply inefficient at turning feed into protein, whereas insects, being cold-blooded, do a much better job. They also don’t produce an endless cloud of climate-threatening methane, or mountains of manure. Crickets 1, Cows 0.

Crickets are already mass-produced around the world. They’re widely eaten in Southeast Asia, and sold elsewhere as pet food. Ground into powder or paste; roasted or deep-fried; grilled on the barbecue; it seems you can do a lot with crickets. 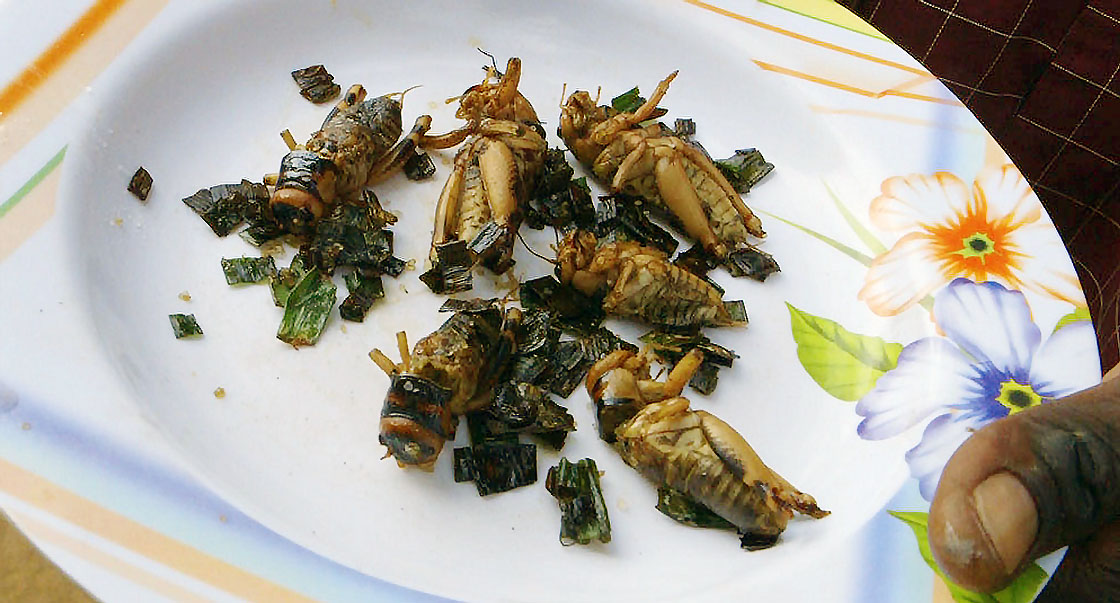 Protein is undoubtedly trendy. Shakes, powders and bars are popular for gym-goers, but a major problem is apparently emerging regarding a common protein used in such products - whey. This stuff is a by-product of milk and cheese production, and so for anyone who’s lactose intolerance, not ideal.

Now roasted, ground crickets are providing an new method of doing so. The protein content of crickets, per gram of dry weight, is vastly greater than that of chicken, fish or even beef. With a variety of amusing names and flavours, crowdfunded start-ups are bringing cricket-flour protein snacks to supermarkets right now.

Don't want to eat Jiminy? Pick a cricket fight instead

They’re also being toted as a revolutionary new dog food ingredient, and a way to ‘beef’ up ready meal lasagne, as well as making the products more environmentally friendly.

And if the thought of eating Jiminy Cricket is still too much for you, there’s always the fascinating art of cricket-fighting…

More on our new 'Bug of the Week', the cricket, in the days to come!

More on Bug of the Week Snacks Pet Food

From bait to plate – the versatile little mealworm

Garden birds love mealworms – and so can people. Get your Vitamin B12 boost from this versatile little larvae, which can add a protein crunch to everything from burgers and bakes to salads and soups. More →