Why drones, not honey, might be the hive's most delicious ingredient

The Western Honeybee is the one you’ll have seen the most of, unless you live in Antarctica, the only continent on which they aren’t widespread. They’re thinner and less fluffy than bumblebees (or less hairy, depending on how cute you think bees are). 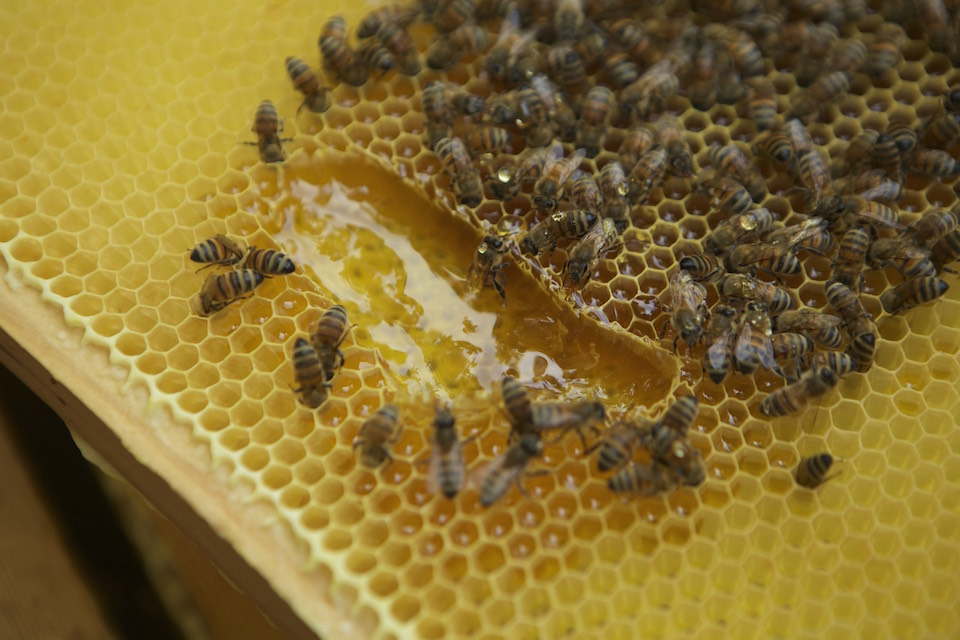 Beekeepers often have whole combs – with larvae, pupae and honey all in there – going spare, rich in protein and nutrients

Whereas there are 24 different types of (fluffy/hairy) bumblebee in the UK alone, honeybees just appear in one variety all across Europe: Apis Mellifera. Their hives contain 50,000 to 60,000 bees, vastly bigger than the little nests of 50 to 400 that bumblebees construct in the wild. While bumblebees are threatened by habitat destruction and pesticides, most honeybees are kept commercially by beekeepers, and their decline is due to deadly mites. This is precisely why eating honeybee larvae might actually help stem their decline. 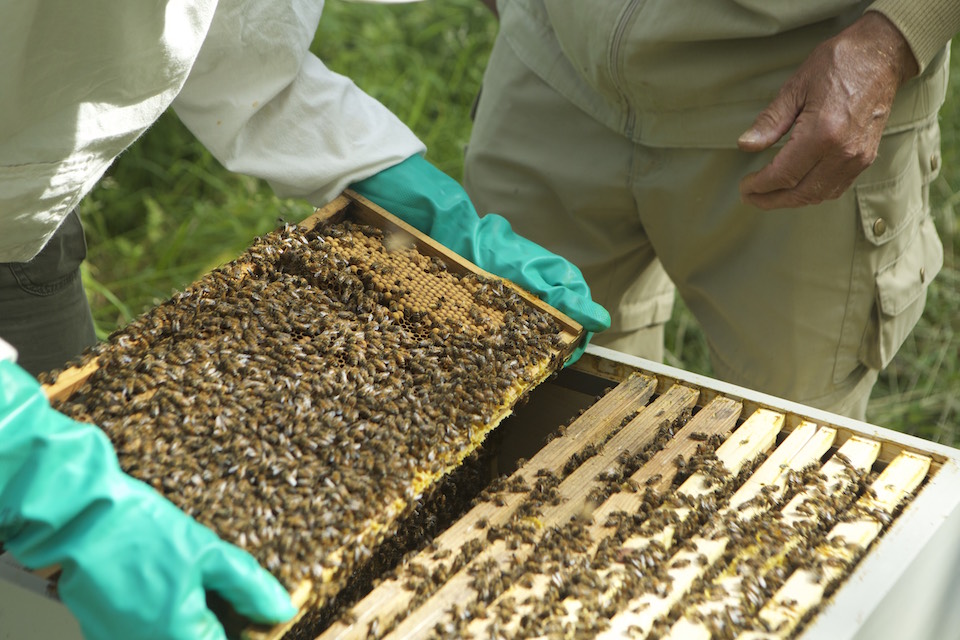 The drones that no-one wants

Beekeepers routinely remove some of the drone larvae early in the season in order to lessen the prevalence of Varroa mites. Larvae are the first stage of a drone bee’s development – when they still look like a curled-up fat white worm. After 24 days they will have become pupae (with distinct thorax and eyes) and then fully-formed bees.

Mites like to attack when the bees are still larvae, and most of the larvae attacked will die. Drone bees are thrown out because they’re most likely to get mites; they also don’t pollinate anything (they’re basically just there to reproduce), and most hives have a surplus of drone bees. So you needn’t worry about pollination rates or honeybee numbers if you’re eating drone larvae.

As a consequence of all this, beekeepers often have a lot of whole combs – with larvae, pupae and honey all in there – going spare. This ‘brood’ comb is rich in protein and other nutrients, and traditionally is eaten whole in some African cultures. In parts of Asia the larvae are a delicacy – boiled, or fried up with salt or sugar. As with other insect larvae, they are high in fat apparently taste nutty and smokey. The mature bees don’t taste as good, though they are edible.

Because honeybee deaths are mostly due to deadly mites, eating the leftover larvae might actually help stem their decline.

Nordic Food Lab in Copenhagen has been receiving this ‘drone comb’ from Bybi, an urban beekeeping social enterprise. The chefs have been experimenting with different recipes, though their first challenge was to get the larvae out of the sticky honeycomb. Eventually they found that freezing the comb in liquid nitrogen worked best. For more advice on how to obtain and cook honeybee larvae see our recipe page. 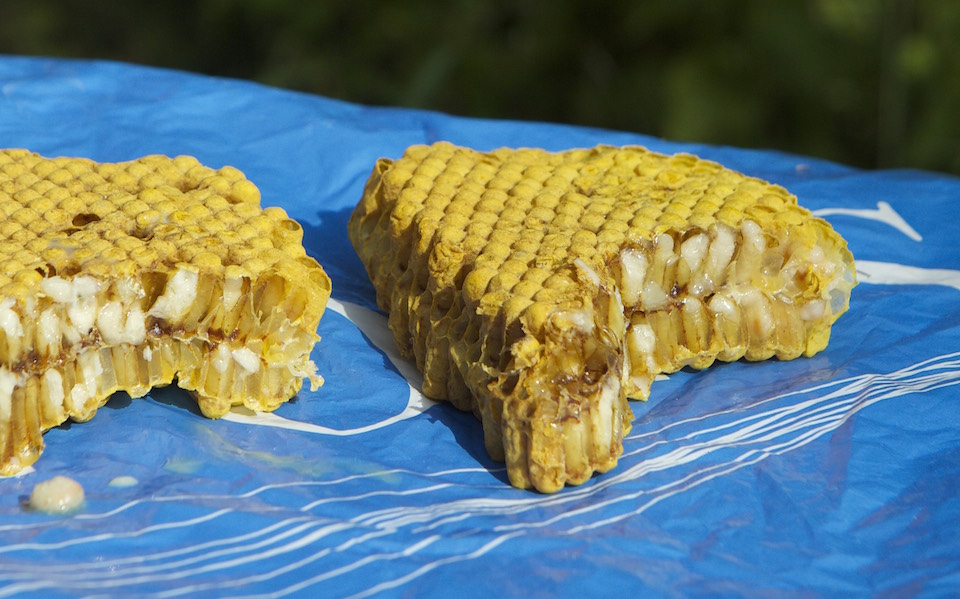 More on Bug of the Week Africa

More on Bug of the Week Honeybees Asia