This week we’re looking at the larvae – or maggots – of the cheese fly, and an unusual Sardinian delicacy they inhabit. These little shiny black flies can jump a good six inches in the air, giving them the nickname ‘skipper’.

These flies love cheese. Obviously. They like meat too. As larvae, they like foods they can leak their acidic stomach juices onto and regurgitate. And in many cultures this has been seized as an opportunity to make tastier food – most famously in Sardinia.

Yes, it’s that cheese. The one with the wriggling insides; star of countless ‘weirdest food’ features (you know who we mean). It’s thought of as a little ‘edgy’ given its hazy legal status. You can produce casu marzu and for your own table - but selling it carries a fine. 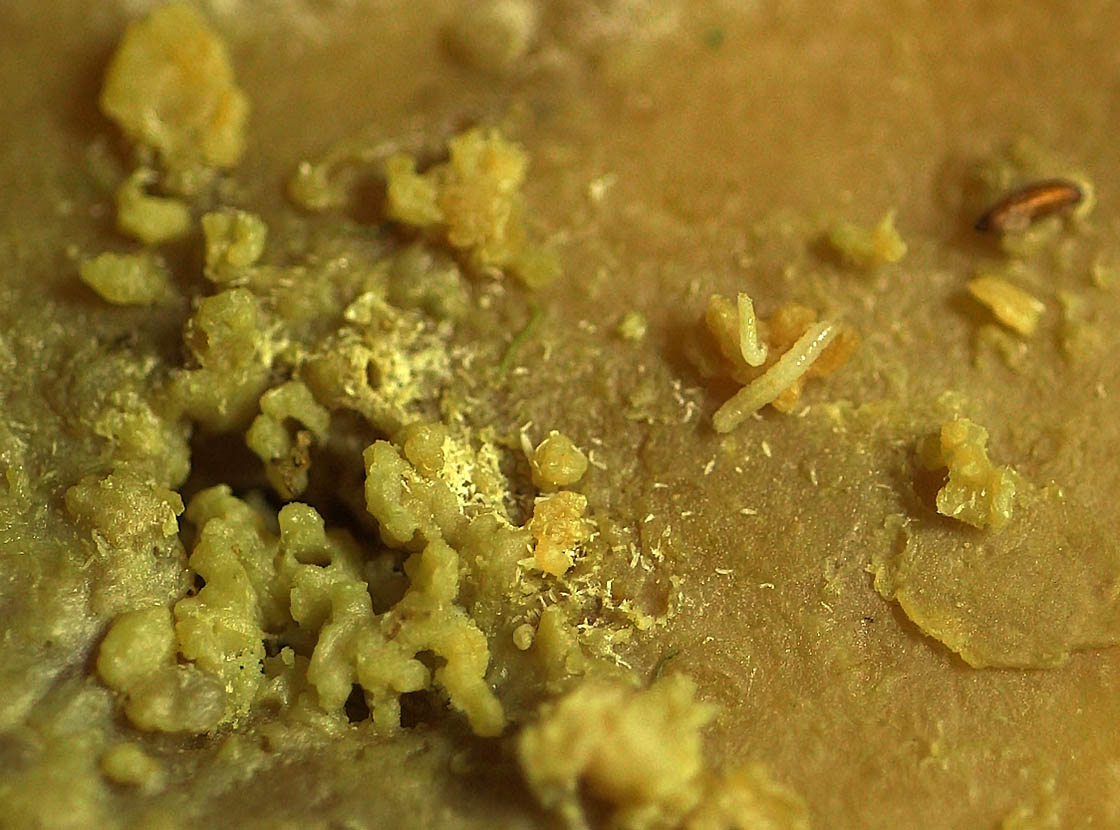 Maggots in the casu marzu. Photos: BUGS the film

Casu marzu is a wheel of sheep’s milk cheese that’s gone the extra mile. The little worms, or larvae, of the cheese fly are deliberately introduced into the cheese by means of a hole or two in the top. The wheel is left outside to fester (or cultivate, depending on your view), and the wee cheese fly dutifully appears to lay hundreds of eggs.

Just like the richest soil is the one that earthworms have helpfully passed through their bodies, so the stinkiest, most sought–after cheese is the kind the maggots have picked through. When the cheese is ready, opening the top with a knife should reveal a writhing cheesy mess; a very soft texture and a pungent taste laden with tangy ammonia. The cheese is simply scooped up and eaten on bread. Bugs 'n'all. 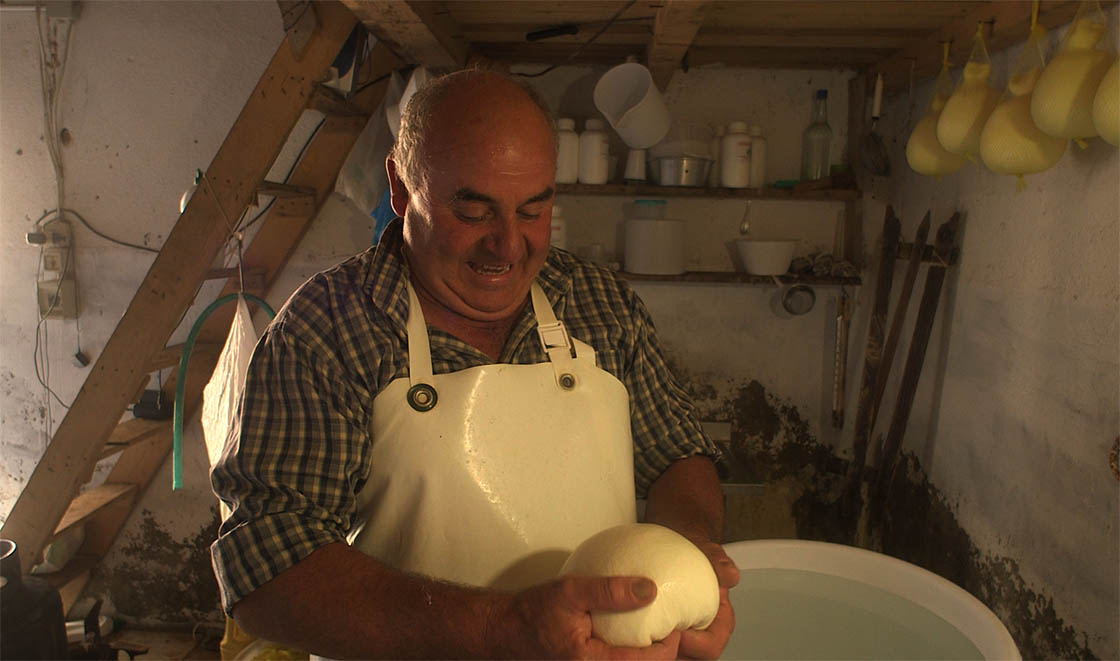 These guys can jump 15cm in the air, and will of course do so when you’re trying to eat them. So just watch out. Maybe wear some safety goggles. And remember to chew thoroughly!

It’s hotly debated whether eating this is advisable. EU bureaucrats think not, and casu marzu was for some time banned. Now, with ‘traditional food’ status and ‘novel food’ regulations popping up, it’s still hazy. Producers will have to prove that the cheese has been eaten ‘to a significant degree’ before 1997. We wait with baited breath… 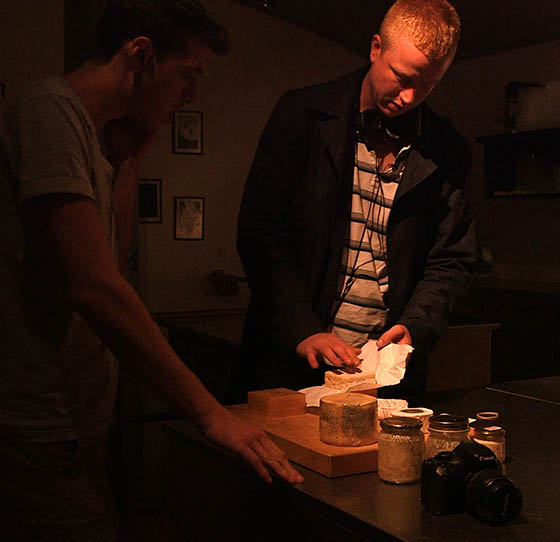 In the documentary film BUGS, Ben Reade and Josh Evans travel to Sardinia, meeting producers of the cheese and other foodstuffs and enjoying the (you guessed it) ‘buttery’ taste of the little worms. One of these producers, the young Roberto Flore who was acting as a host and guide for the team actually ends up joining the team. He is now the head chef of Nordic Food Lab.

England did it too…

Britain’s stinkiest cheese is widely considered to be Stilton, a blue–veined cheese allegedly first made in the Bell Inn, in the village of Stilton, a picturesque place in the rolling hills of England’s shires.

One visitor to the village was Daniel Defoe. Writer, pamphleteer and, apparently, spy, Defoe’s most famous book was Robinson Crusoe. But he also penned A tour thro’ the whole island of Great Britain, during the years 1724–27. We’ll gloss over his rather rude remarks about Scotland, and look at his Stilton trip, where he found something the Sardinians would have appreciated:

We pass'd Stilton, a town famous for cheese, which is brought to table with the mites, or maggots round it, so thick, that they bring a spoon with them for you to eat the mites with."

This website on old English foods even gives you the "receipt" for Stilton (the word ‘recipe’ is French, and therefore wrong, they rather angrily point out). Anyway, Stilton’s receipt is available here, should you wish to try your hand. Don’t forget the creepy crawlies! 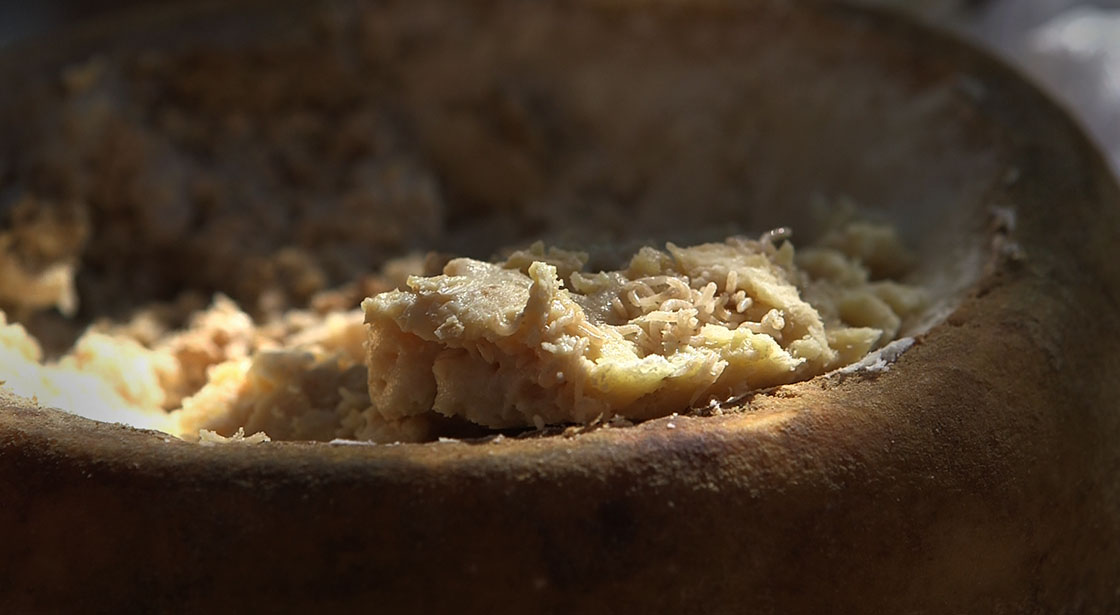 At Cinemambiente in Turin, one of the longest-running environmental film festivals, BUGS by Andreas Johnsen received an award in the international documentary competition. The 'Food Smart Cities' award is presented by the Development Education and Awareness Raising (DEAR) programme of the European commission. More →