There’s something slightly alien about termites. Their crooked chimney-stack nests protrude like giant earthy fingers from the ground, ingeniously sucking in cool air and so ventilating the underground hive. 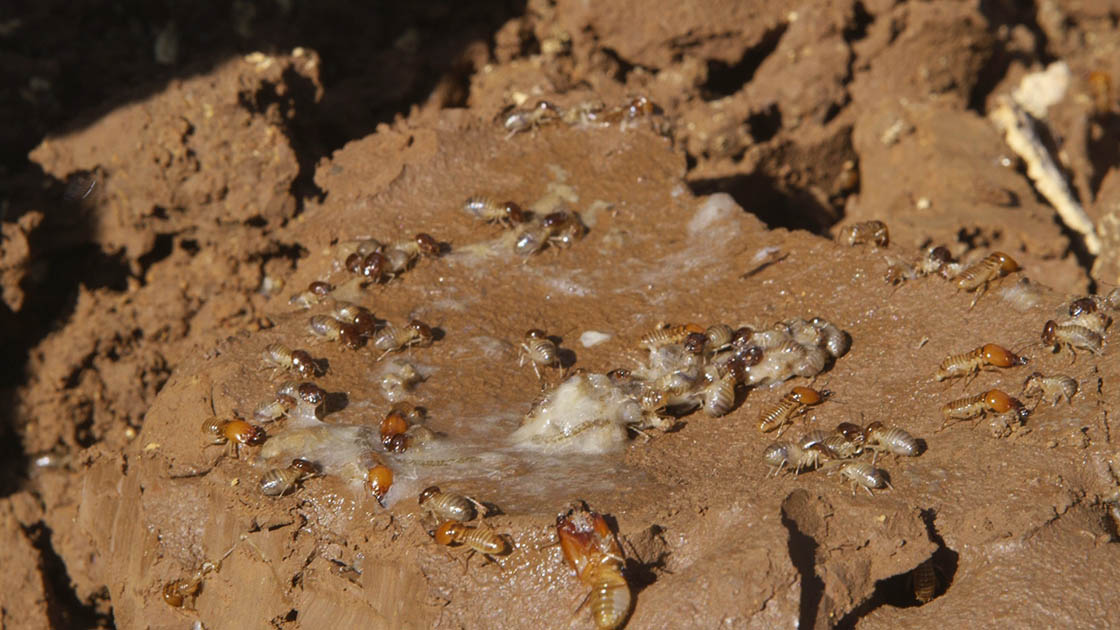 A splattered termite queen, surrounded by her soldiers. Photo: Still from BUGS the Film

Riddled with holes and lumps, these towering mounds are the extraordinary creation of tiny ant-like creatures smaller than your fingernail. Their hive is one of rigid social stratification and non-stop activity; workers and soldiers do the hard graft, while every year a few special termites are born with the ability to reproduce.

For the female it’s a dreary life ahead - once she mates and starts her own colony, she elongates massively, becoming a sweating, pulsating ovary-on-legs, unable to shift her huge white waxy body around. She becomes, in essence, an egg factory. 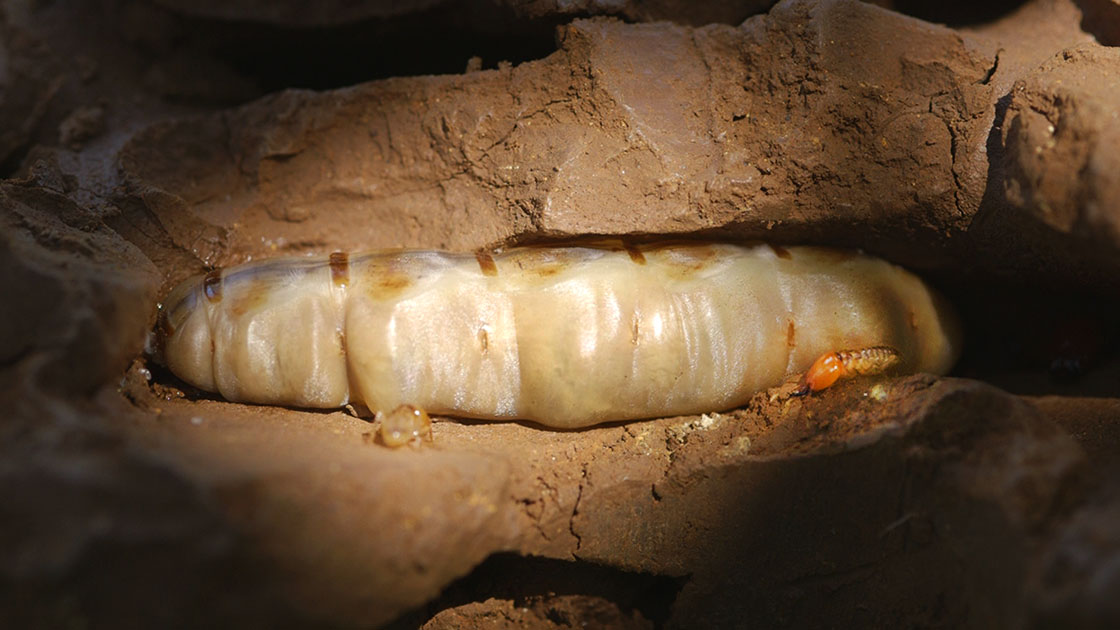 For the many years of her life she will be stuck underground with her male mate – immobile, excreting up to 30,000 eggs a day. Worker termites lick the sweat from her and collect her slippery eggs to store in nursery cells. She can reach an incredible size of four inches and over her life produce many millions of eggs. Life span is usually about fifteen years, but can be up to fifty.

Google ‘termites’ and you’ll be inundated with offers to kill these bugs, with many reminding you of the importance of doing away with the ‘queen’, this quivering egg-producer at the heart of the nest. In places where termites are common, like parts of Africa and Australia, the bugs are also eaten by people – and the queen is a special treat. 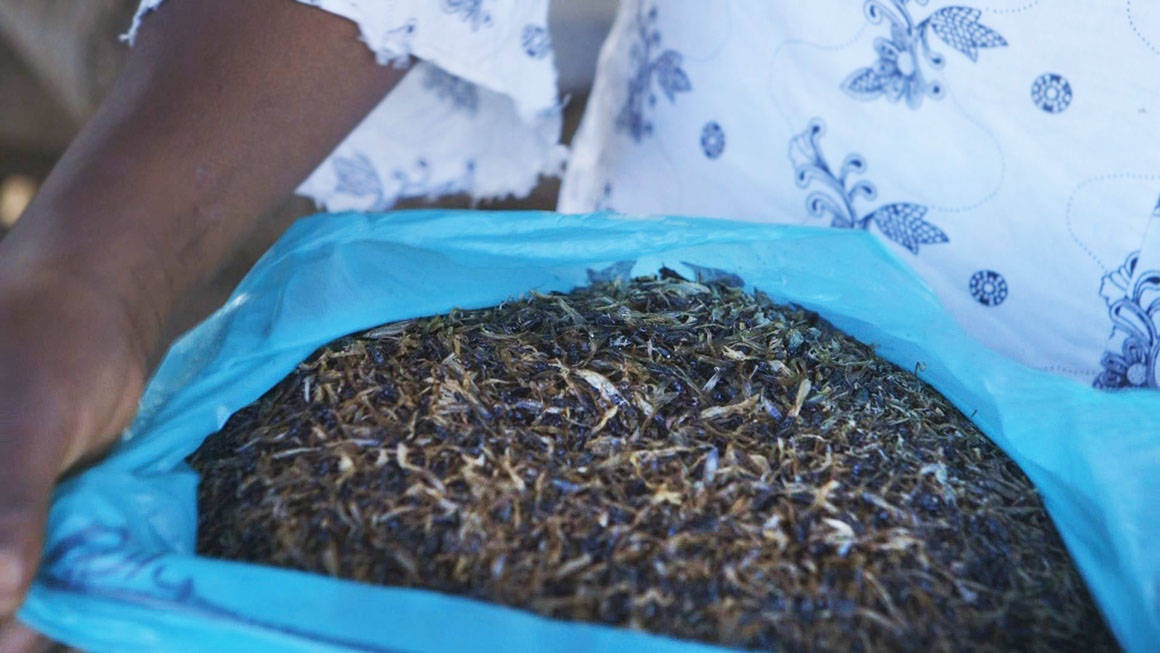 Photo: Still from BUGS the Film

More on Bug of the Week Africa Australia