Can edible insects save the world?

Given the pressures on the planet’s ecology from our meat-intensive food production and rising population, it seems curious that western societies do not make use of such an abundant, nutritional and low-impact food source.

Livestock production now takes up nearly a third of all the earth’s land.

As the United Nations Food & Agriculture Organisation argue in their 2013 report Edible Insects, to feed the 9 billion people expected to populate the planet by 2050, "we need to find new ways of growing food."

Our current food system is broken. We are addicted to meat, especially beef, and it is a major cause of water shortage and deforestation. As California’s disastrous droughts deepen, some people have pointed out that producing one ounce of beef requires 106 gallons of water. 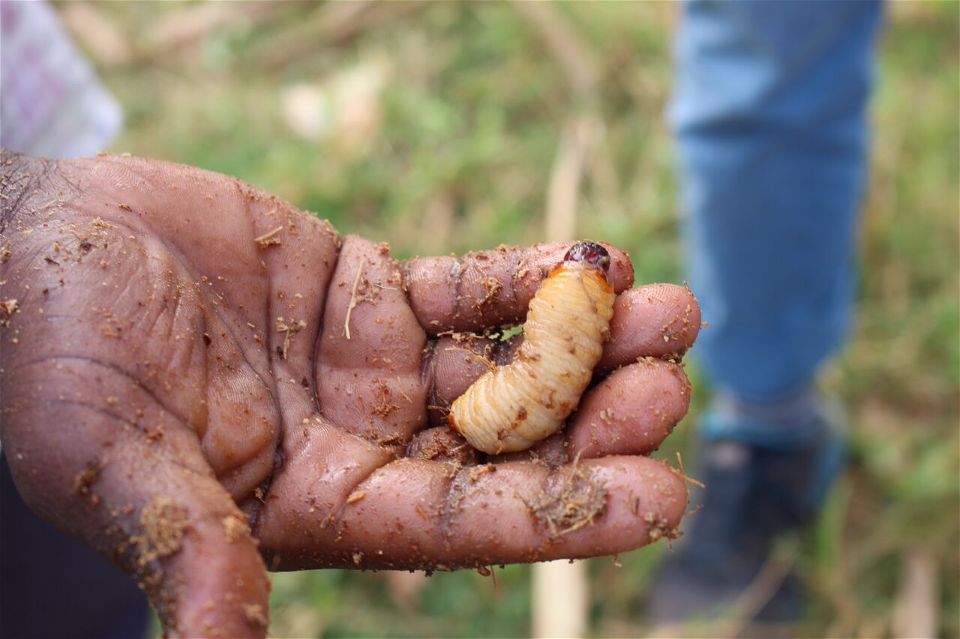 Livestock production now takes up nearly a third of all the earth’s land. The meat industry causes around a fifth of greenhouse gas emissions annually. If we are serious about having any future at all, let alone a green and equitable one, we need to radically change our food systems.

Huge environmental problems are created by the intensive production of soya and grain for livestock feed.

Because producing insects for consumption takes up much less land and produces far less gas than livestock, the environmental impact is thought to be lower. Add to this insects’ nutritional value, and some people are claiming that the mass consumption of insects is the solution to our food and climate problems.

There are around 2037 documented edible insect species – and counting. Wageningen University keep an updated list on their website. With many established cultures and traditions around the foraging and consumption of insects, and countless recipes and techniques, it is sometimes framed as a resource we should be ‘tapping into’. 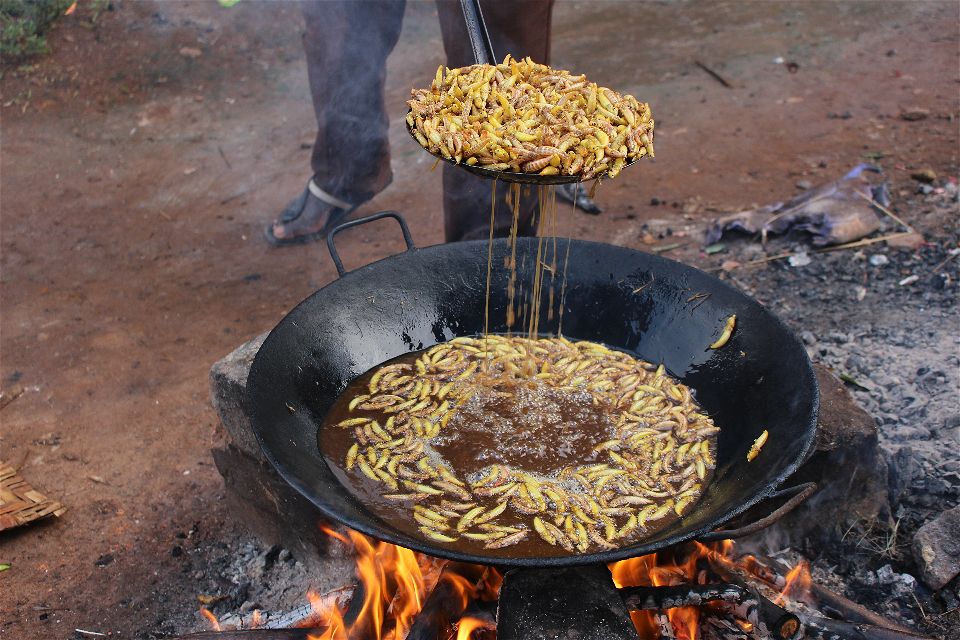 But exploration of insects as a mass-produced food source is, scientifically, at an early stage. As with any ‘trend’ there is perhaps an exaggerated or over-optimistic narrative that assures us this will Change Everything! So caution is advised.

For instance, much is made of the high ‘feed conversion rate’ of insects compared to conventional livestock and poultry, making insects a solution to the protein needs of the burgeoning human population. ‘Feed conversion’ just means how efficiently they convert food into body mass and is the basis for the claims that mass-production of insects would be environmentally beneficial.

One of the problems is we just don’t know enough yet.

This is especially emphasised when talking about insects as animal feed. Huge environmental problems are created by the intensive production of soya and grain for livestock feed. Deforestation, water consumption and pesticide use are driving climate change and ecological destruction. So the idea of replacing these grains with mass-produced insects sounds tempting. It implies we might be able to have our meaty cake and eat it – keep consuming vast amounts without the accompanying environmental catastrophe. 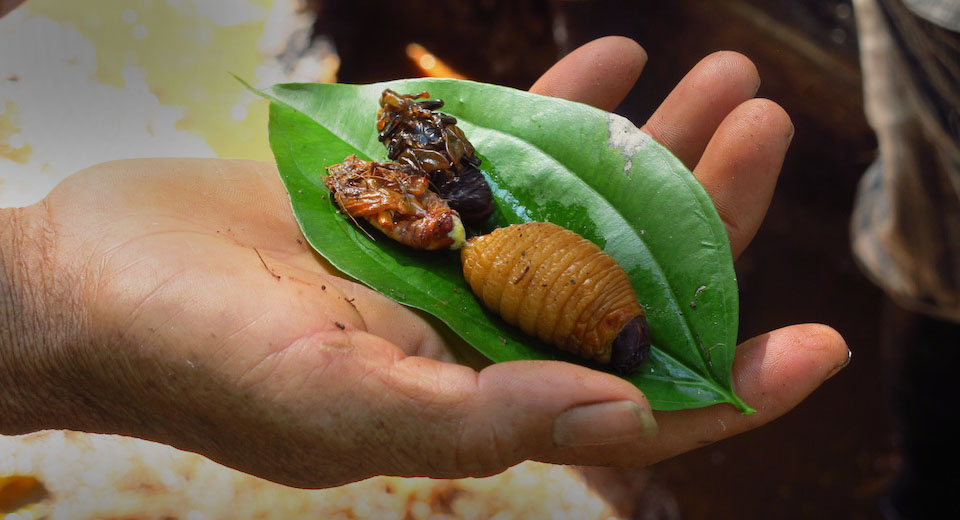 But the catch with this – one of many – is that to achieve the same feed conversion rate, it seems you may need to use grain anyway. We tend to think of insects as eating anything, and much has been made of the possibility that these mass-produced bugs could eat biowaste: food waste, crop residue, slurry and so on.

Yet one study has found that crickets raised on this diet mostly die before they’re of harvestable size. It’s just one study, on one species. But the problem is we just don’t know enough yet. The scientists involved wrote that more research and development is needed to develop safety regulations for insects as a food source; right now, it isn’t the magic solution some people paint it as.

If the phrase ‘Feed the World!’ provokes in you a sense of hopeless cynicism and unwelcome Bob Geldof memories, you’re probably not alone. But the idea that edible insects might be the ‘solution’ has been gaining notoriety in recent years, since the UN published its rallying cry in 2013. Packed with healthy fats, nutrients and protein and easy to rear, bugs are a potential answer to food shortage, or so the argument goes. 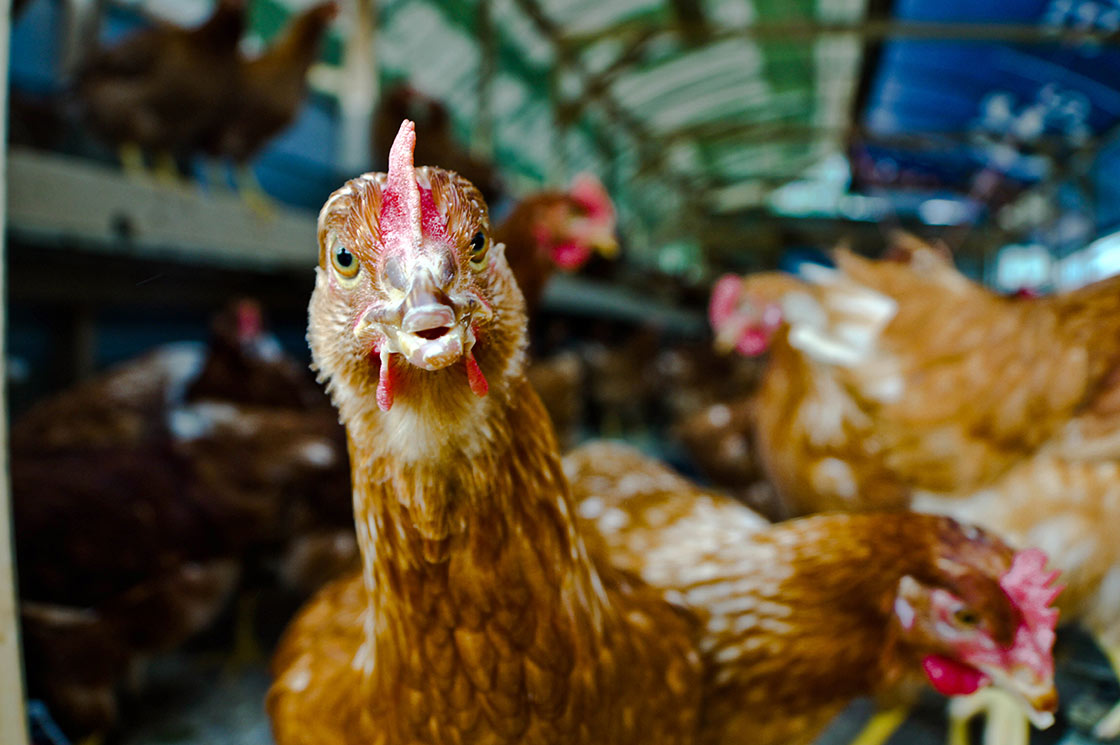 BUGSfeed explores insects as food for people. It’s a huge topic with enough interesting facts and stories and questions to fill ten books, let alone one website. But here’s one aspect we’ve not looked at yet: what about insects as feed?

A key argument of entomophagy’s proponents is that the monumental environmental challenges we face are made much worse by the meat industry. Billions of cattle, poultry and pigs are raised and slaughtered for food. 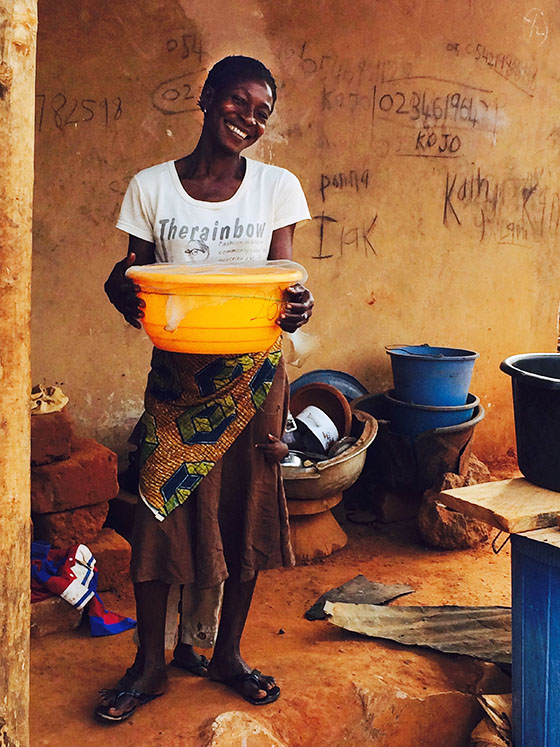 If you type ‘palm weevil’ into Google you’ll get screeds of pesticide offers, alarmist articles about the ‘infestation’ of southern Europe and warnings of the total destruction of palm trees, from Florida to Italy to the French Riviera. Israel last year airlifted 42 billion worms to combat the spread of this insect.

Such last-resort measures come after decades of chemical warfare waged on these little beetles by these countries, to little or no avail. Perhaps some of the media clamour and hand-wringing around the weevil’s spread is linked to the fact that the various mediterranean paradises affected are frequented by the very wealthy, but of course, that’s idle speculation. 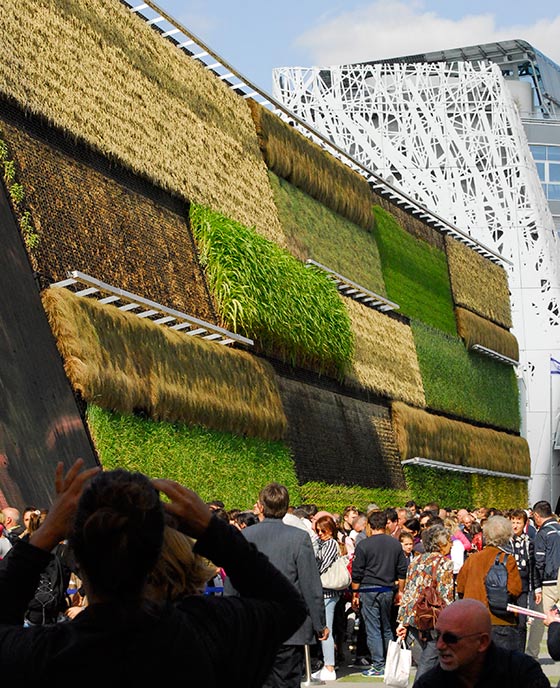 My search for insects that would feed the world (1)

A couple of months ago, on my way to a workshop in Turin, I found myself passing through Milan. It was the time of the Expo – the Universal Exhibition under the theme of 'Feeding the Planet'. Surely, edible insects would have to play a big role in the future of food? Two billion people eat them already, and the UN recommends that we should all look into this. 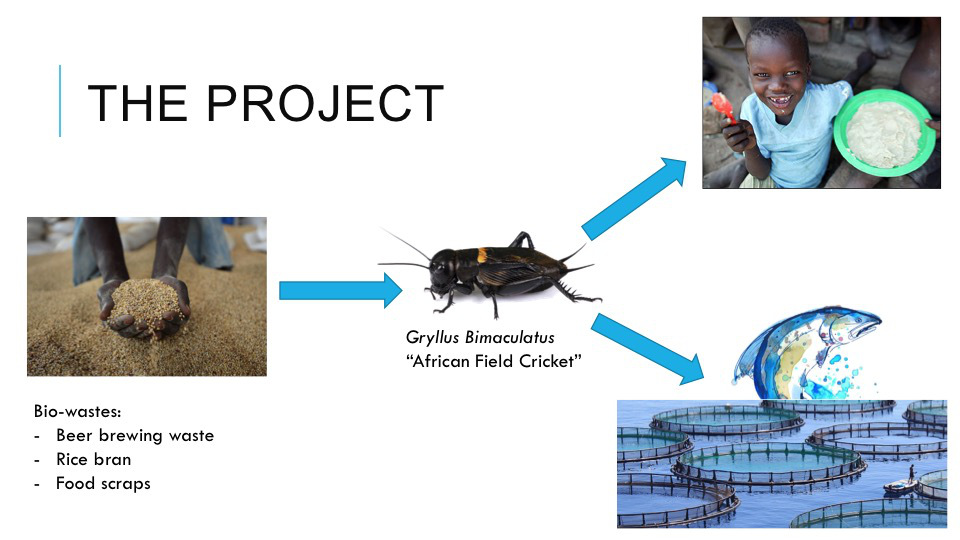 It's all about diversity

On December 4th, the UK’s first public Insects for Food and Feed Workshop was hosted at the Oxford Martin School. Rebecca Roberts gives us the 'state of the union' in insects as food and feed, and concludes that diversity was the key take-home message.