The Wasp – friend, foe or delicacy?

Wasps. Popularly thought of as ‘useless’. No honey. No pollination. And they don’t even have the good grace to die when they sting you. But listen: vespula flaviceps don’t deserve their bad rep. 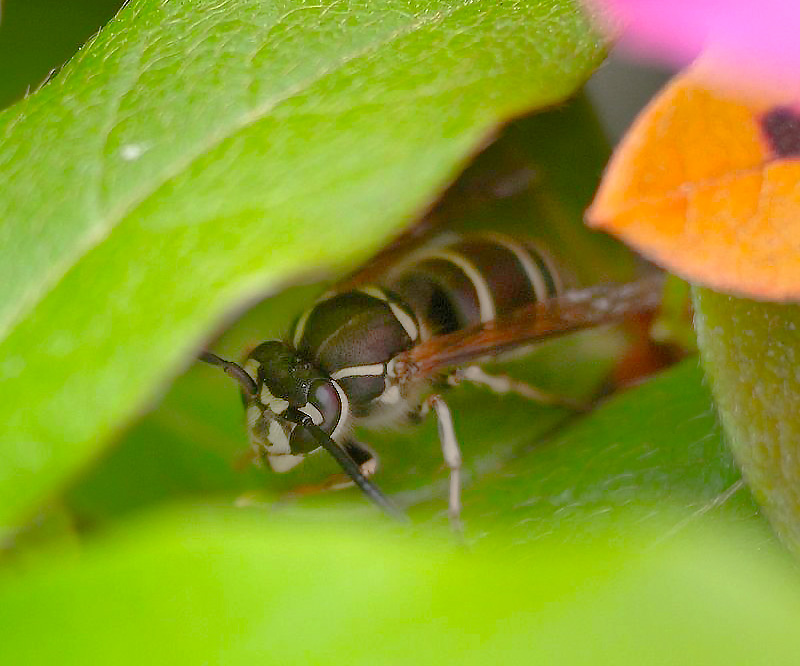 They’re actually essential to ecological systems. Like everything else wasps have a place in the food chain, and they dispose of aphids and other things humans consider ‘pests’. Though you may have only encountered them eating your jam sandwich, wasps’ carnivorous nature means they’ll even eat meat off a stick, and we know this because it’s exactly how Japanese wasp-hunters get their prey.

How to chase a wasp

It’s an intricate and creative hunting method. In the mountainous regions of Japan, among the native forests, hunters attract the wasps with little bits of raw meat. Attached to the meat is a tiny white flag. When the wasp picks up the meat and flies off, the hunters follow the tiny flag in a mad dash through the forest. If they can keep track of the flag, they’ll find the nest. 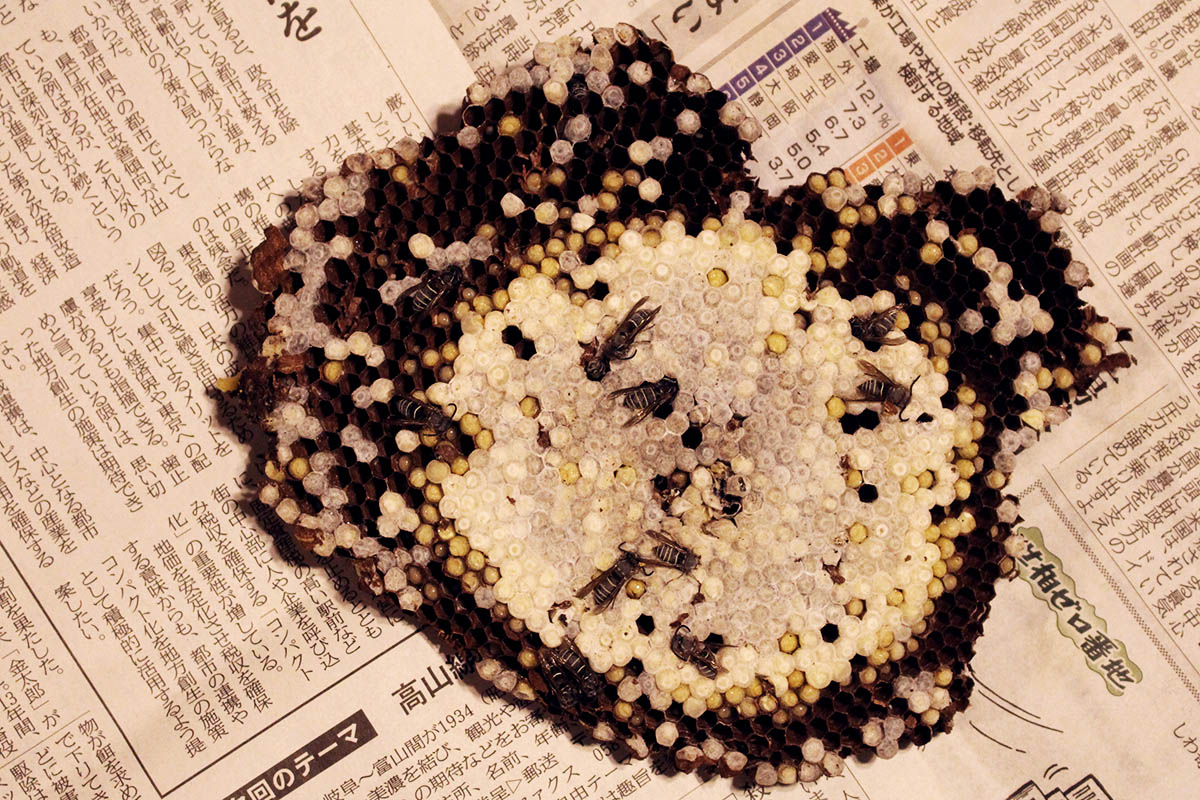 This is the treasure trove – while mature wasps can be eaten, they’re supposedly not so tasty as the squirming wasp larvae that fill the honeycomb cells of the nest.

Prizes are awarded for heaviest wasp nest, either harvested or grown at home

These ‘yellowjack’ wasps are found across Japan, Korea, and Primorsky Krai. While the vast majority of wasps species in the world are solitary, these wasps are social, meaning that they construct amazing layered nests from saliva and plant fibres.

The larvae are very widely eaten in Japan; you can even find them canned in supermarkets. As a result more domesticated farming of them is common too. Many people keep wasps in artificial hives in their gardens, feeding the hive on meat, fish, and nectar. While winter usually poses a deadly threat to this type of yellowjacket wasp, those being carefully farmed are in luck, as their owners will usually shelter them from the cold. 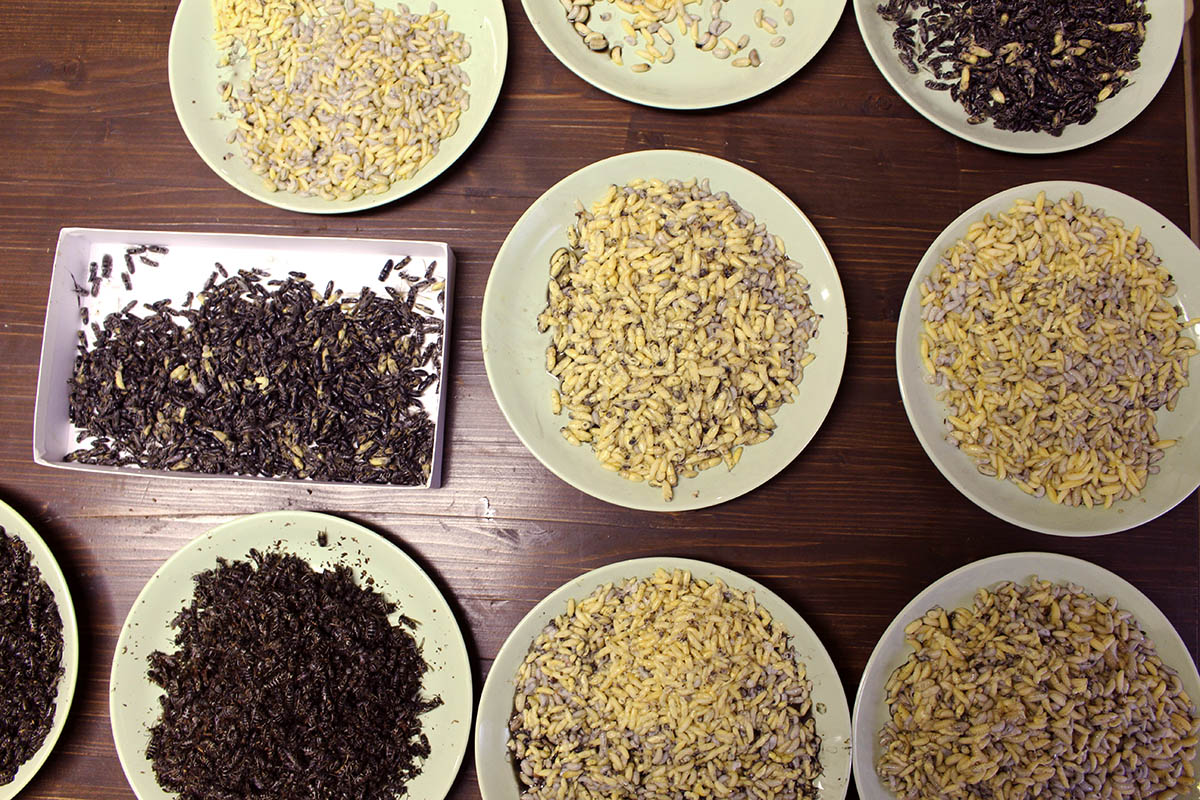 Pickling is a common way to consume wasp larvae in Japan; they are also fried with soy sauce, sake and sugar, and eaten with rice.

In Kushihara near Tokyo, and elsewhere in the central Highlands, a whole festival is dedicated to the autumn harvest of wasps and their larvae. Prizes are awarded for heaviest wasp nest, either harvested or grown at home, and cooks compete to create the most delicious wasp–based dish.

More on Bug of the Week Japan South Korea