This is an archived campaign website. Please do not use the forms and direct all enquiries regarding BUGS the film to Rosforth Films

Who's behind Nordic Food Lab?

In 2004 two Danes, René Redzepi and Claus Meyer, gathered fellow chefs and food specialists from all over the Nordic countries for a discussion that would give birth to a food movement dubbed 'new Nordic cuisine'.

This movement is characterised by a focus on seasonal, traditional, but exciting food. The ‘Noma’ restaurant in Copenhagen has been at the heart of the developing scene since its inception, growing to be world-famous. Short for nordisk mad – Nordic food – Noma has been named the 'world’s best restaurant' no fewer than four times, inspiring a spate of 'new nordic' restaurants around Europe and the world.

Copenhagen has remained at the heart of the food movement, and in 2008 Nordic Food Lab came onto the scene. A non-profit that brings food and science together, the Lab is unique in its collaborative, open-source approach and the strong emphasis on diversity and deliciousness. The "edible potential of the Nordic region" is what inspires them – food rooted in its geography, its culture, its socioeconomic system. For the lab’s team the exploration of food has a global, humanitarian purpose: achieving a system in which "everyone can not only eat but eat well". 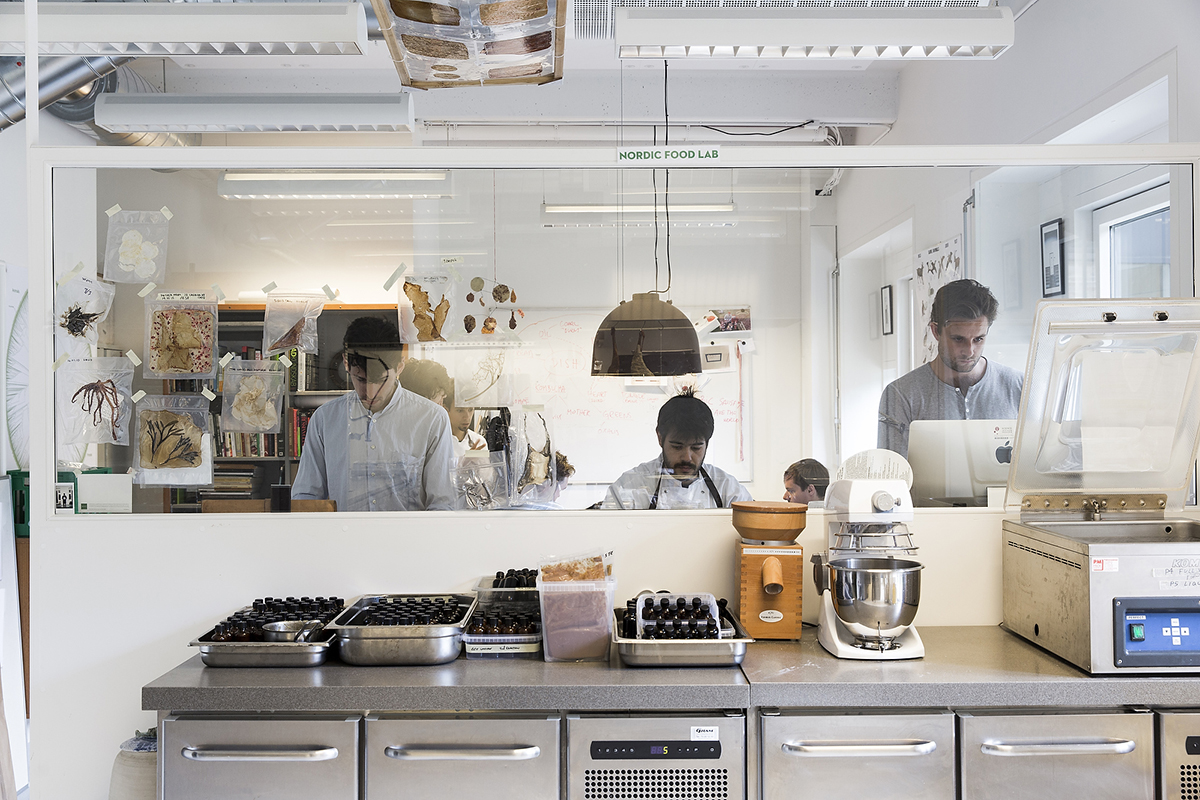 Nordic Food Lab is an interdisciplinary research organization that staff both chefs, scientists, thinkers and several more backgrounds. Professions and expertise are blurred and diverse, as are the nationalities. Over the years the lab has staffed Americans, Indonesians, Scots, Danes, Italians, Canadians and many more. It is in the lab’s DNA to strive to collaborate with both local Nordic endeavours and international projects.

Insects as food are just one part of the Lab’s work, and the ethos of curiosity and culinary context that underpins their approach makes the Lab stand out when it comes to entomophagy. The Lab’s project Discerning Taste: Deliciousness as an Argument for Entomophagy is led by researcher Josh Evans, a Yale graduate and Canadian who joined in 2012.

Nordic Food Lab’s discoveries, innovations and news is readily shared for everyone to use - you can learn more and support them by visiting their website.

The Nordic Food Lab research team, which we followed in the BUGS documentary, has been a curious mix. A Canadian educated in the US, an itinerant Scot, and a Sardinian from a small mountain village. With different tempers and different backgrounds each one brings a unique perspective to the table.

Head of Culinary Research and Development at Nordic Food Lab

Roberto is a man of Sardinia, home to the famed Casu Marzu cheese, and it is in this context that we first encounter him in the BUGS documentary. He goes on to become the Head of Culinary Research and Development, a position he still holds.

Canadian and Yale graduate Josh Evans was the lead researcher and manager of Nordic Food Lab's research project “Discerning Taste: Deliciousness as an Argument for Entomophagy”.

Our increasingly urban world demands clever innovation and utopian ideas if we are to have a liveable, sustainable future. So people are devising new ways to produce and source food. A noticeable trend has been the rise in urban beekeeping. More →

Bee larvae are eaten throughout the world, particularly in southeast Asia but also across the African continent. More →