As ever when eating the young of an animal, the high fat and protein content means people describe such food as ‘nutty’, ‘buttery’ and rich. A lot of the insects we’ve covered are eaten in their larval form, with worms, maggots and grubs of various moths and beetles being particularly popular across the world.

One insect that’s eaten in its adult form is ants – packing a tangy, often citrus taste due to their acid content. This week our focus is on their larvae, and we’re looking to Mexico for examples of how they're eaten. They are called escamoles, an indigenous word. Escamoles are sometimes dubbed ‘Mexican caviar’ because of their similarity – in appearance, at least – to the roe (eggs) of fish.

What lies beneath the cactus

Nestling underneath the iconic agave plants and cacti which grow in the arid regions of Mexico and the southern United States, you can find large colonies of black ants. These animals have been used as a food resource by indigenous people long before the colonial invasion of the area, and are still very popular, fetching a high price.

It’s not the adults that are so highly prized, however, but the larvae: clumps of whitish, translucent eggs. 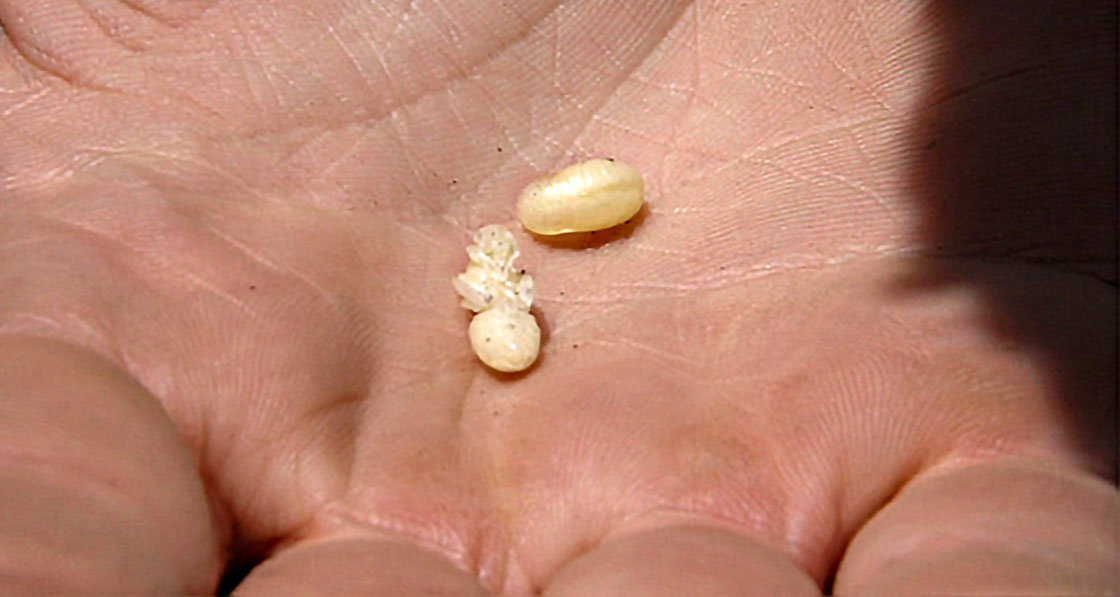 They are extracted from under the roots of the cacti, with the soil gently scraped away. A colony can provide this food for up to twenty years – if carefully harvested: a good proportion of the eggs must be left behind each time for the colony to continue.

One reason behind the high price of escamoles is that they’re only available between February and May each year, and are a prized Easter celebration food in some areas.

Traditionally cooked with onion and chili, escamoles are eaten in tacos and salsa. They’re soft and squishy, said to have a texture a bit like cottage cheese, or more like popcorn if fried. 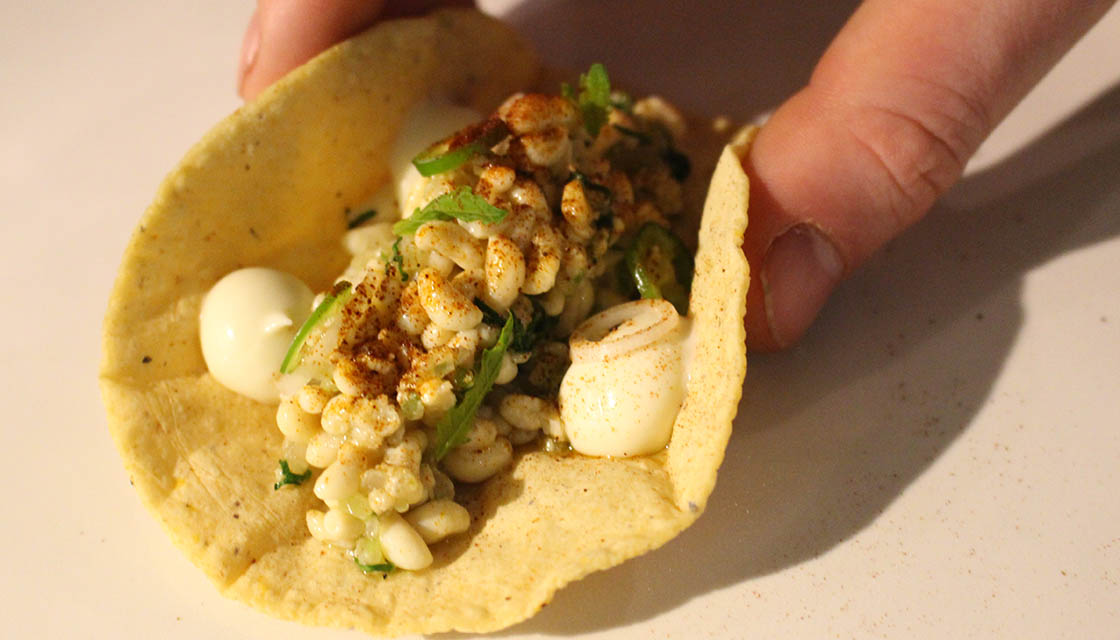