Humans have produced silk for at least 5,000 years, domesticating the silk moth in the process. It became a wildly popular luxury product and today 70 million pounds (around 32 million kilograms) of raw silk are produced each year.

When you think that this silk comes from insect larvae spinning tiny threads to form a cocoon, the scale of this global production seems vast. Mostly it’s done using silk moths, but other insects, and spiders, can produce silk too. It’s a protein fibre, spun by the larvae to create a protective cocoon in which it can complete metamorphosis. For the silkworm, this means emerging as a moth. 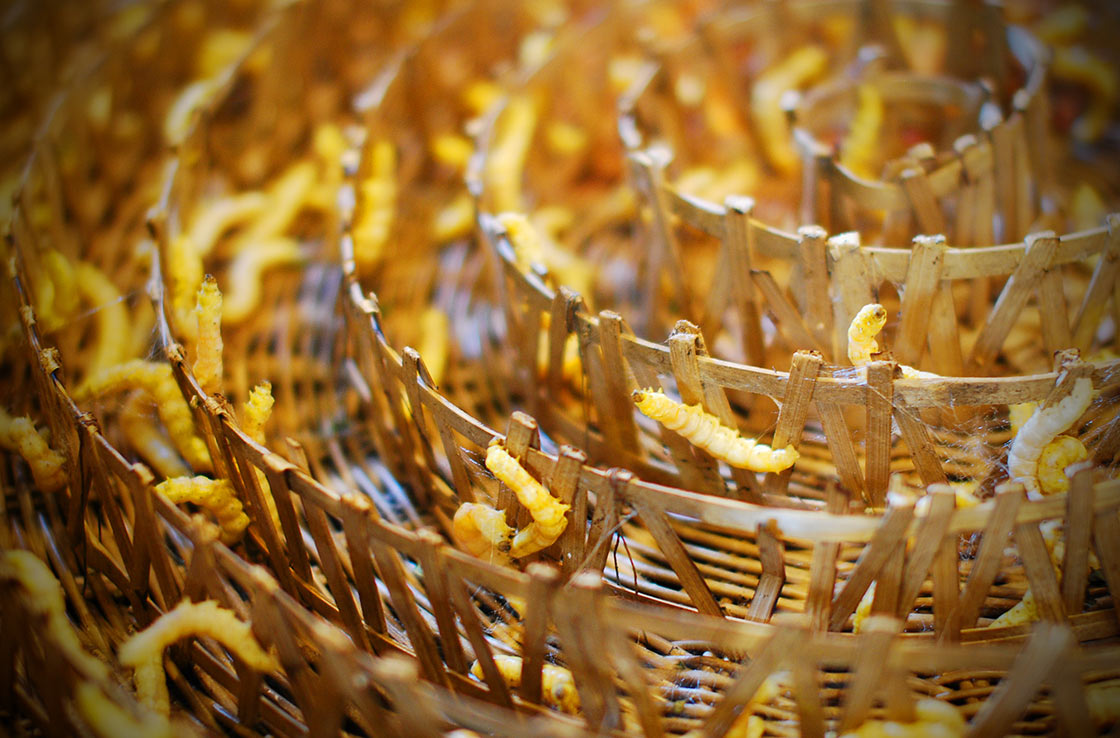 To emerge from the cocoon the larvae release enzymes that burn a hole in the shell, but those bred industrially for silk don’t usually get to this point. Rather grimly, they’re often boiled; this kills the larvae and allows producers to unravel the whole cocoon in long threads.

But the method does produce an important by-product: dead caterpillars. These are eaten widely across East Asia: Japan, China, Korea, and Vietnam especially; a protein-rich snack or ingredient, they’re generally fried in China and boiled in Korea. This Guardian article describes the taste as “acquired” and warns the grubs “have a pungent, almost bitter smell and a similar taste. When you bite down on them (brace yourself if you have a delicate stomach and an unfamiliarity with eating insects), they pop juicily in your mouth.”

Accounts of what silkworms taste like differ massively. Because of the size of the industry and the long tradition of eating silkworms, these bugs are widely available not just in asian supermarkets, but online. This means an increasing number of those “Hey, I tried this weird bug” blogs cropping up; not particularly useful, but we did find one good tip: to avoid the popping sensation and the liquidy, pasty insides putting you off, you can chop up the larvae so the insides are cooked too. Most recipes suggest frying till crispy and tossing in salt (a bit of a theme with bug cooking!). But a lot of accounts are just about westerners being too ‘grossed out’ to even try silkworms... 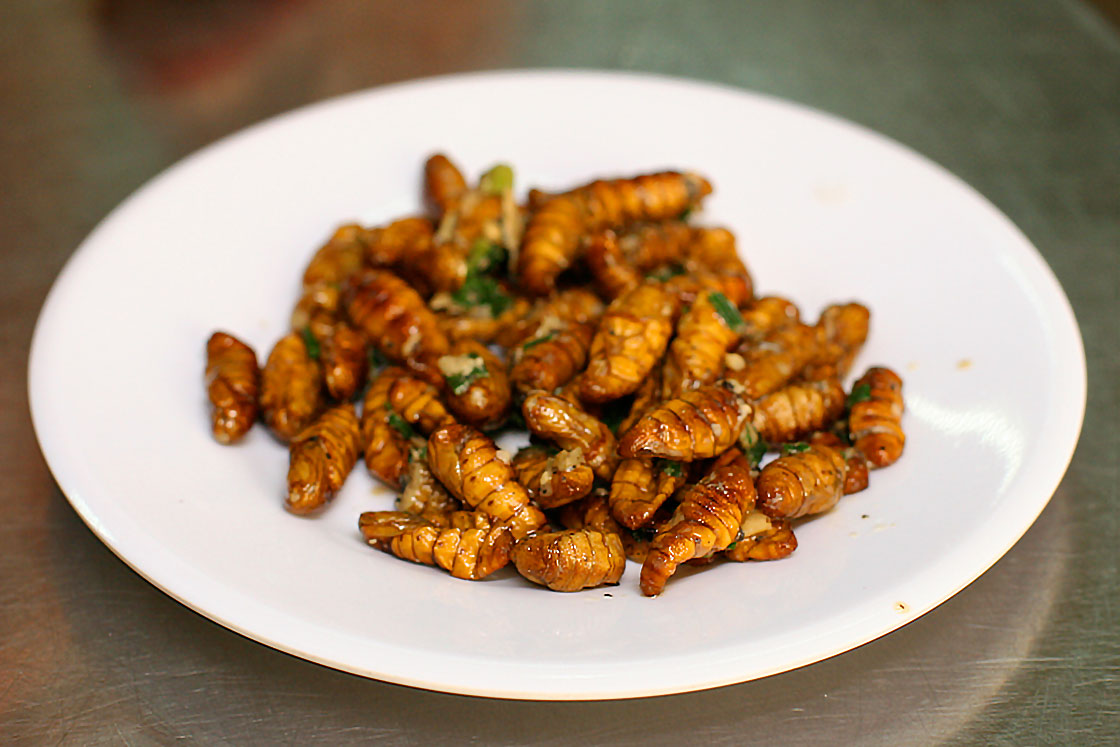 We did find one more nuanced blog that helpfully explains how to “transform stinky canned silkworm pupae to a unique and tasty little snack”. Apparently the canning process gives the bugs an unpleasant and metallic taste, so it helps to soak and rinse them repeatedly, then use a strong marinade before roasting to replace the flavour. The blog post suggests soy sauce, sriracha hot sauce, sesame oil and minced garlic for a marinade, sprinkling with added salt once roasted.

Incidentally, there are apparently only two insects that humans have domesticated on a large scale. Can you guess the other? We’ve already written about how you can eat it: in pupae form, boiled or fried, straight from the honeycomb…

More on Bug of the Week China

Say 'cockroach' and most people think: "ELIMINATE, EXTERMINATE!" But some will say "I'll have that for supper." More →

More on Bug of the Week Vietnam

Splashing out on Giant Water Bugs

Meet our Bug of the Week: Giant Water Bugs (Belostomatidae) are are also known as Maeng Da in Thailand, and ‘toe-biters’ in Europe, which might sound like they just enjoy a wee nibble, but rest assured, you don’t want them biting your toes. More →