I cried the first time I saw a waxworm. I had just bought my first honeybee hive secondhand, and after a full year of classes, books, and prep I was so ready to clean that thing up and get started. When I got it home, I realised it was filled with the unmistakable long thin tubes of wax moth larvae. I should’ve known: the hive had been empty for a full year and I’d ‘bought’ it in barter for chickens, so there was no reason to expect excellency. Still, waxworms can be be a real problem, and they still show up in all three of my hives to this day.

Less than two years later, I grow waxworms in jars in my bedroom and wish I had more.  It turns out that beekeeping and eating insects pair quite well. Finding Waxmoth larvae isn’t such a sad waste of wax if you can start a new little colony of “land shrimp” as some call these delicacies. This summer I’m going to eat my drone larvae too, but that’s another story. 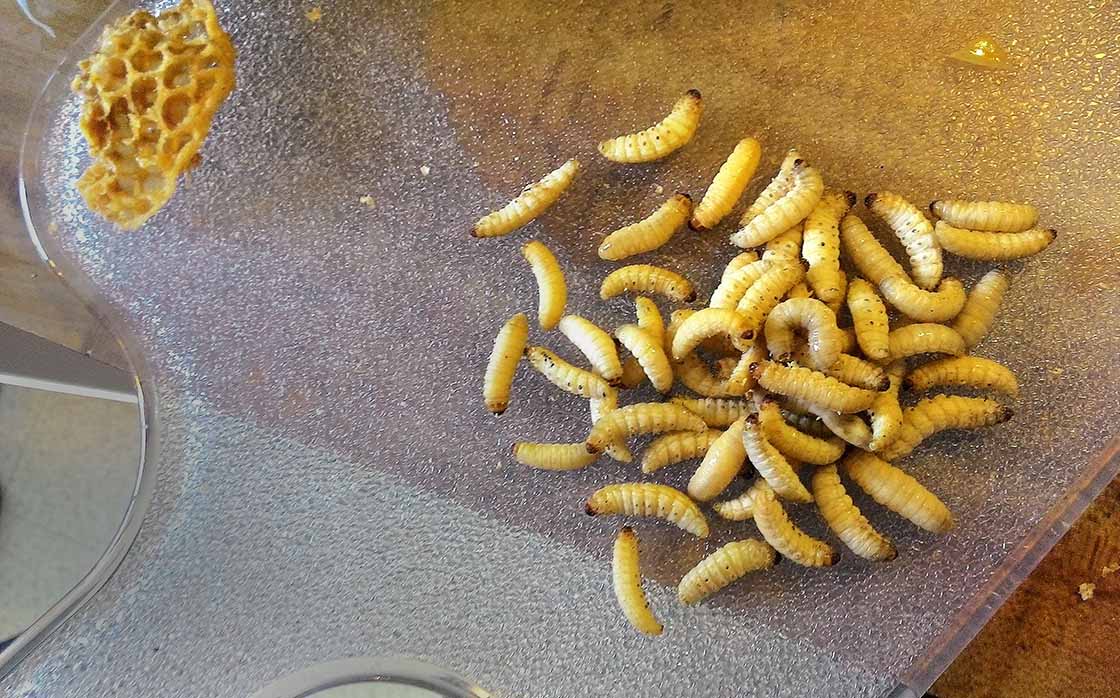 To celebrate BUGSfeed’s Week of the Waxworm, I’ve created a special paella combining ‘land shrimp’ with other invertebrates: Georgia white shrimp, clams, and squid. For a time-saving twist, I’ve used pre-prepared rice, but I’ll provide instructions for this and a more traditional preparation.

There are three 3 parts to the paella: a broth, an herb blend, and the rice dish.  You’ll need a paella pan (or any large cast-iron pan), a sauce pan, many bowls, and a towel. 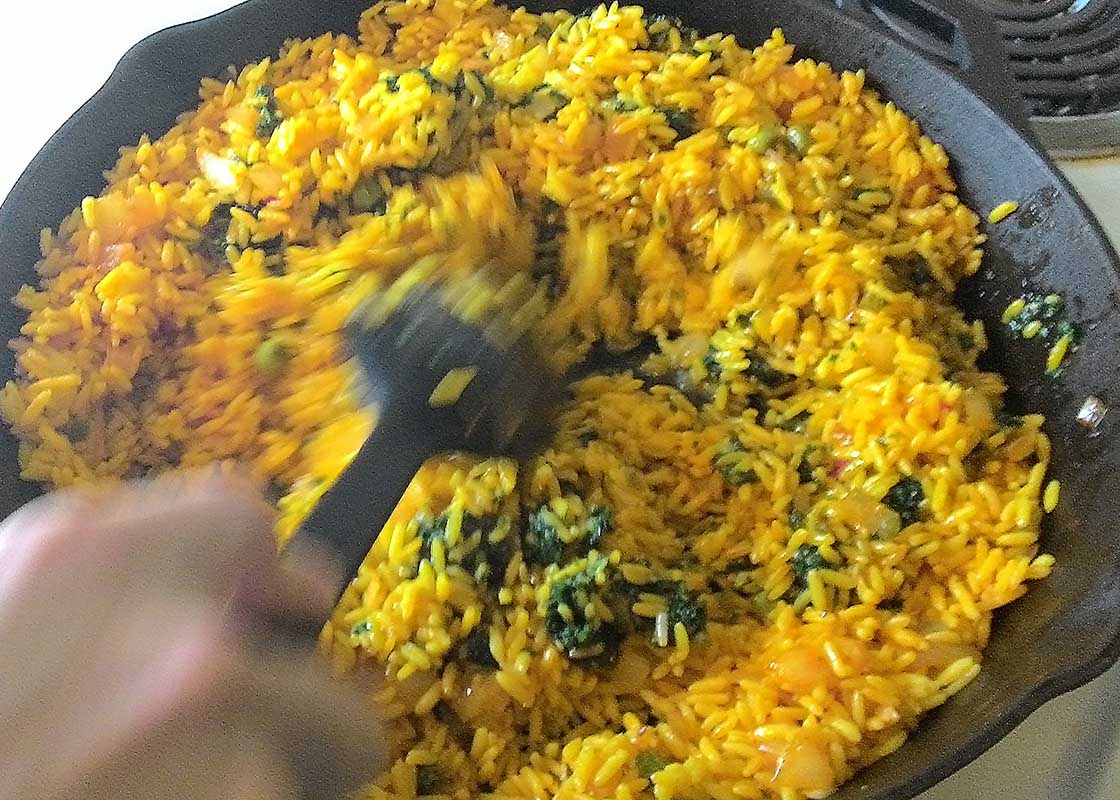 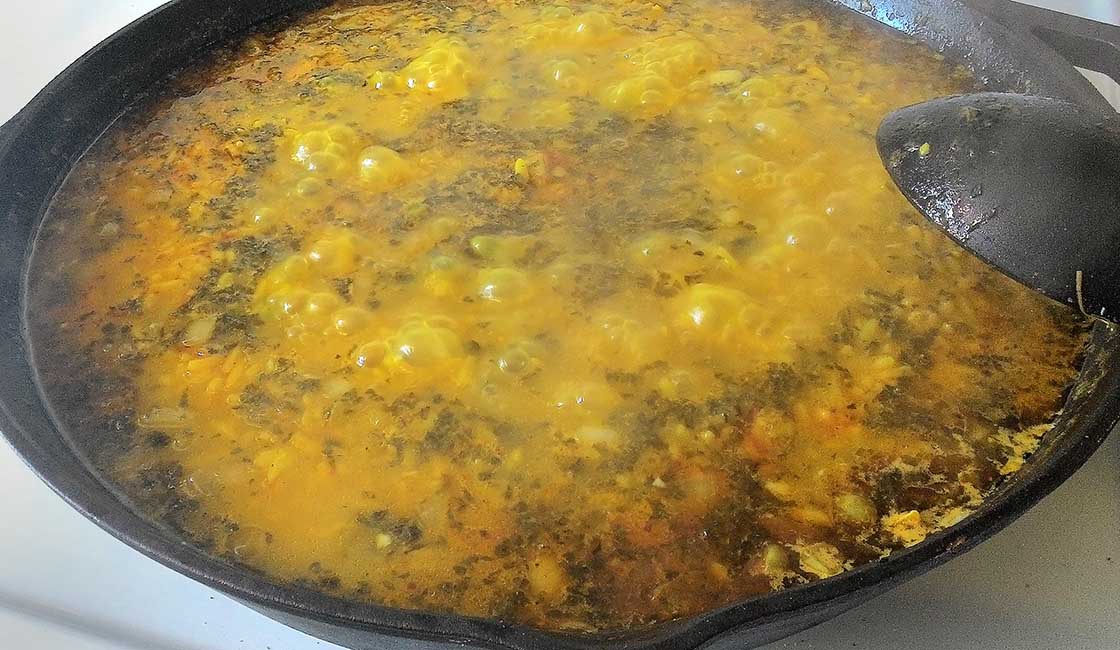 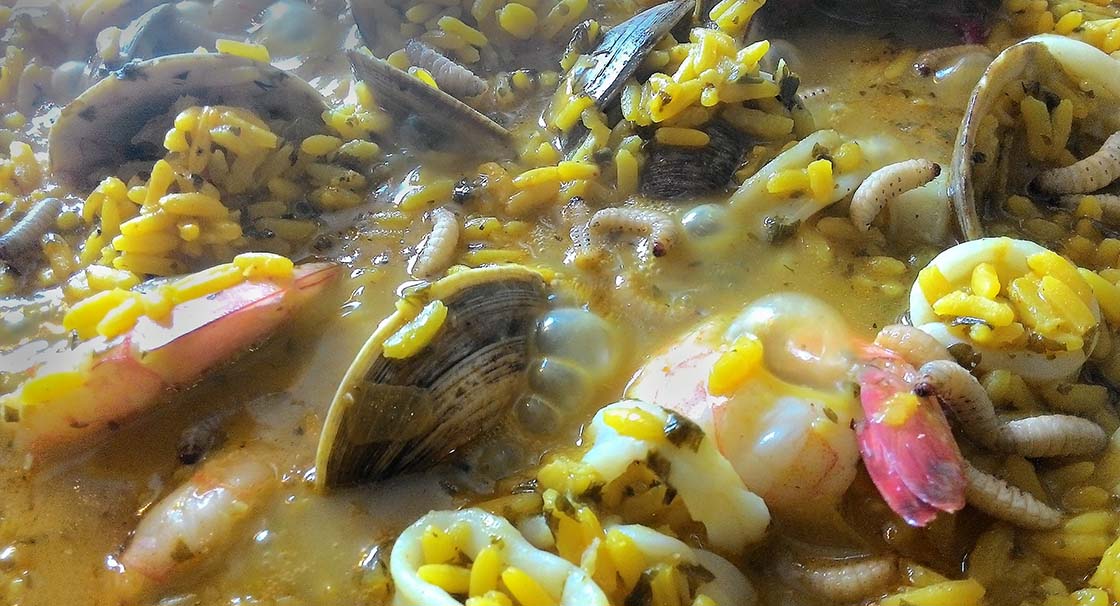 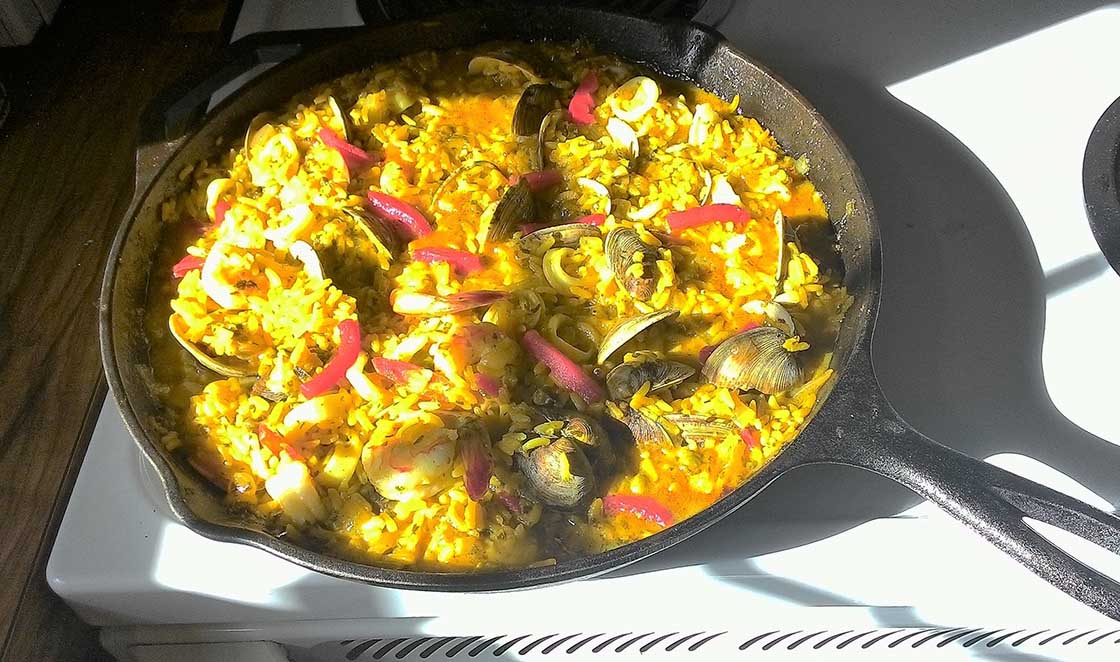