We like a challenge here at BUGSfeed. So this week we’re writing about a dish that contains two things many people hate: cockroaches and tapioca.

Now both of these ingredients have a bad reputation, it’s fair to say. Tapioca, for those of a certain age in the UK at least, took the form of a sort of grey, mealy sludge served in school canteens, and recently topped the list of ‘most hated school dinner’ in an online poll. Now though, tapioca’s making a trendy comeback, in common with lots of hated food which we no longer insist on boiling into a grey mush. 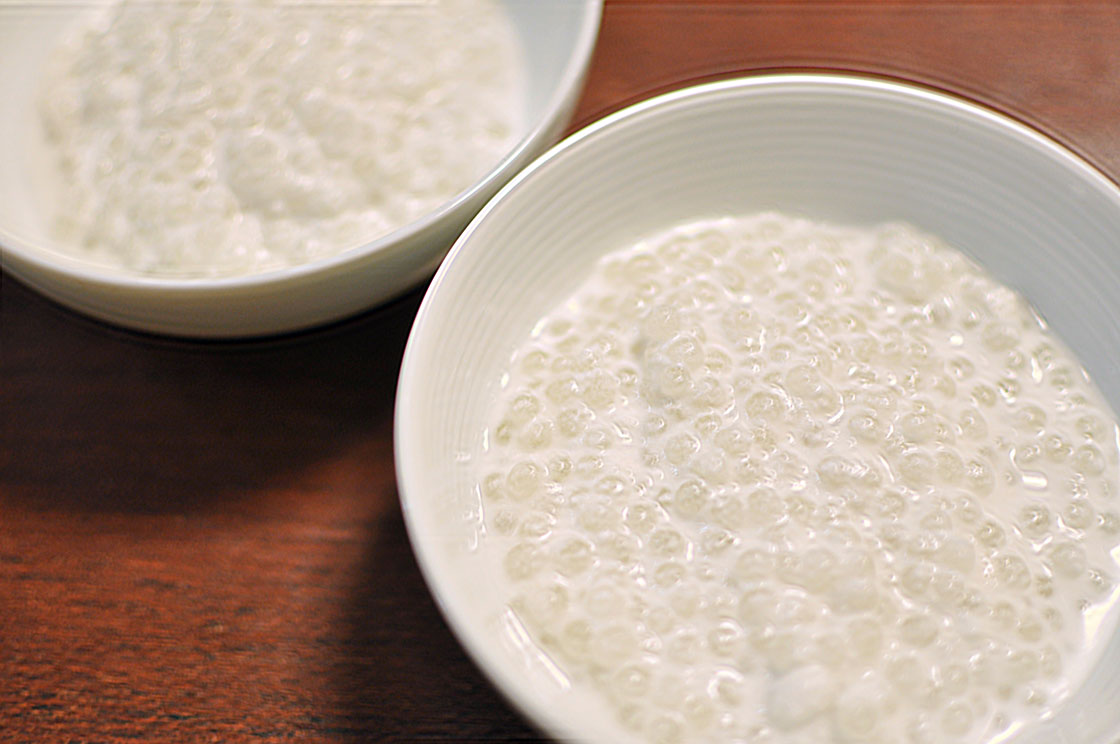 Then there’s cockroaches. As we’ve already described, cockroaches are… not popular. Loathed. Associated with infestations and disease, they are, in common with maggots, possibly one of the last things you want near your mouth. This is a western view, it has to be stressed. In China, for instance, cockroaches are prized for their medicinal properties, and you can see them being served ‘twice-fried’ in this video. 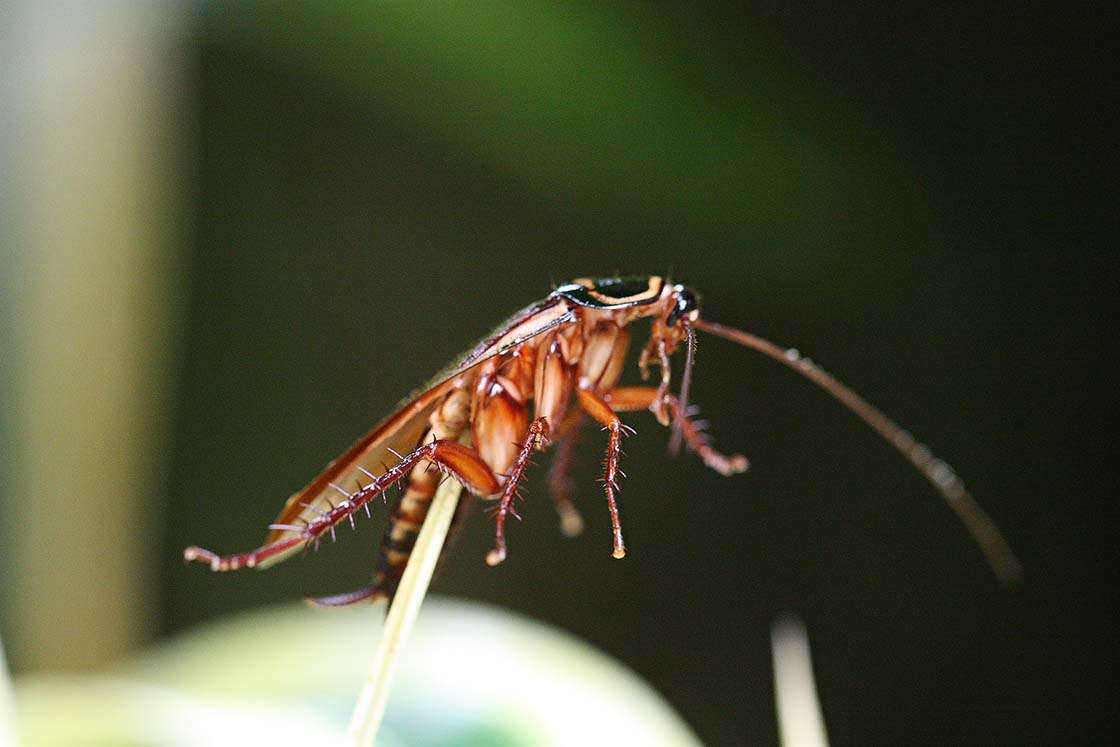 Fit for human consumption?
Crucially, the cockroaches being cooked in that clip have been farmed specifically for human consumption. As with all edible insects, plucking them out of the garden (or in this case, from under your sink) could be dangerous. Household cockroaches carry bacteria that could make you ill, and you should also bear in mind the general warning that anyone with shellfish allergies should avoid edible insects, as they’re closely related. For more on safety and entomophagy, see our Are insects dangerous? section.

So it might intrigue you to see Rossano Linassi, a Brazilian professor of gastronomy, serving up cockroach-based tapioca snacks at the Latin American Congress of Entomology recently.

Richard Levine, editor of this fascinating Entomology Today blog, took a quick video of Linassi cooking up this dish at the conference, including the reactions of the lucky few who got to eat it.

Linassi uses tapioca not to make the gloupy pudding you might know, but the thin pancake that’s popular in Brazil, and smothers it with condensed milk and coconut. Apparently the sweetness ‘rounds out’ the nutty, crispy taste of the cockroaches. Food for thought! 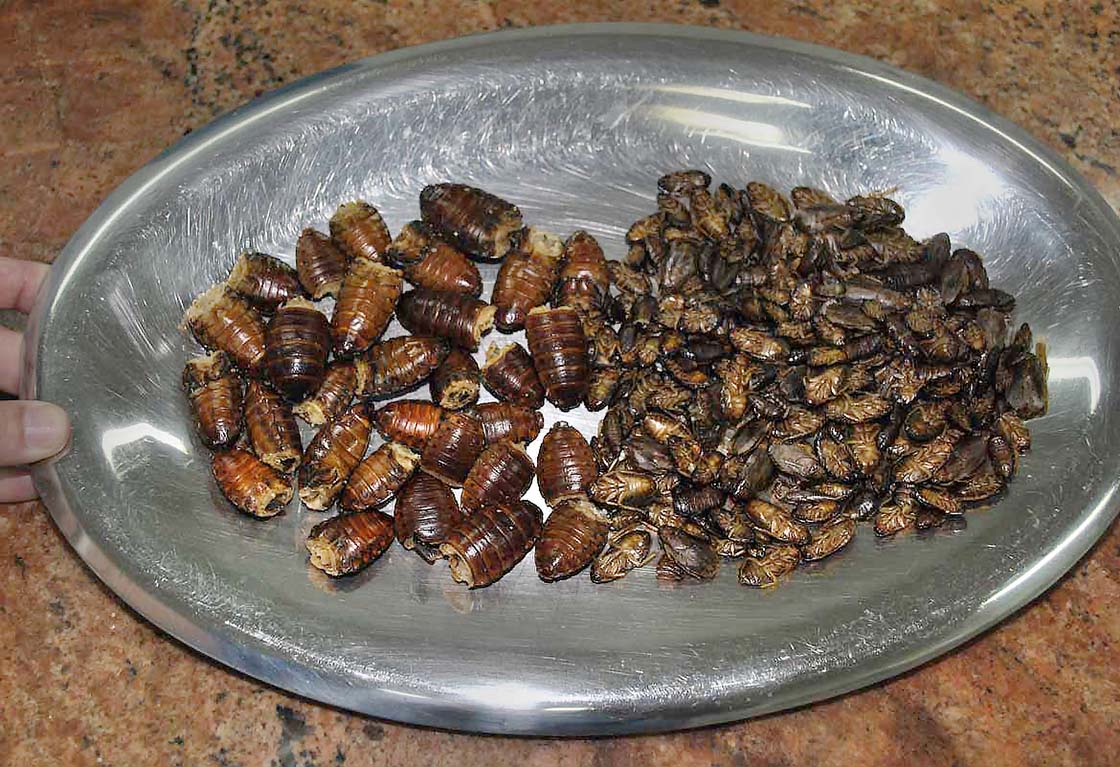 Does the trendiness of edible insects spell a corporate takeover? Remember when sushi was 'out there' in the west? More →