As soon as I read about cricket flour, I knew I had to try it. The pros seemed endless: calcium, B12, iron and almost 13 grams of protein per 100 grams of crickets! It seemed almost too good to be true, and for a while it was. Living in the Czech Republic, where eating insects is technically illegal, purchasing the flour was much harder than expected.

My search started on Amazon, my go-to for buying whatever isn't available in Czech stores. After carefully picking out several different kinds of flour and finding a great deal on shipping, I discovered that Amazon couldn’t ship edible insect products to Prague. Frustrated, I searched for other options and came across a list of edible insect companies.

I found several websites that sold cricket flour at its standard high price. While I was prepared to pay a steep price for an amazing new product, I wasn't ready to pay 20 to 36 euros in shipping costs on top of it. Deciding to take advantage of my international connections, I contacted my friends in the UK, the Netherlands and Norway to see if they could mail me the products if I had them delivered to their address. 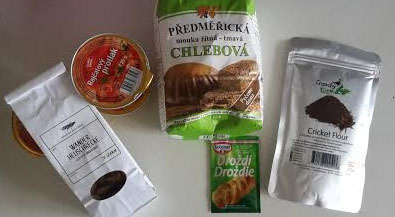 While this cut the costs by several euros, shipping fees were still high because most of the stores were online-only: domestic shipping and ordering several kilos would add up. I had clicked on almost every website on the list and was about to give up when I discovered Crunchy Critters.

Their slogan, “Face the Fear, Forge the Fashion, Feed the Future” was almost as impressive as their prices and for just £12 I got 100 grams of cricket flour shipped right to my doorstep! It wasn’t the amount of I wanted, but it was the only affordable option.

Now that I had the flour, I had to pick a recipe – and there were many to choose from. Tortillas and pancakes were tempting, but I couldn't resist a cricket flour pizza (with cricket toppings!). The slightly intimidating ingredients and my lack of culinary skills called for reinforcement. I found a recipe online and put my boyfriend to work.

The cricket flour has a dark colour, thick texture and a distinct smell that was neither good nor bad. With slightly less cricket powder than the recipe called for, we decided to use a bit more bread flour. Skipping honey to avoid the calories, we mixed the flour in a bowl with salt, garlic, water, and yeast. 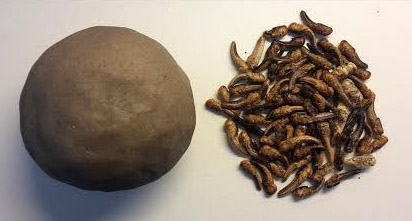 While my boyfriend kneaded the dough, I poured 15 grams of crickets on the counter and pulled all their legs and wings off. Since freeze-dried crickets tend to be slightly flavourless I decided to improvise and soak the crickets in lemon juice and garlic.

Once the dough rose, we realised it was too much for our pizza plate. We split it in two, and even just half of the dough made a nice 0.5 cm crust. Before doing anything else, the crust goes into the oven for 10 minutes at 175°C to harden it. We took it out and covered it with one and a half cans of tomato purée, small slices of a large mozzarella ball and half of the marinated crickets. 10 minutes more in the oven, and the room was filled with a delicious smell of fresh homemade pizza.

We took our beautiful pizza out of the oven and slathered it in garlic and oregano. Impatiently, we cut it into slices and realised that the crust was a bit too soft. After letting it cool down for a few minutes, it hardened and finally looked and tasted like real pizza. If we hadn’t added the cricket toppings, no one could have guessed that it contained hundreds of ground crickets in its crust.

Don't soak the crickets for too long: it can be off-putting even to seasoned bug-eaters.

It was easy and didn’t take long, but there are definitely few things to look out for before attempting to make a cricket pizza. If you soak the crickets to use as toppings, don’t keep them in the lemon juice too long: it makes the crickets feel soft even after baking which can be off-putting even to seasoned bug-eaters. Also, the original recipe called for baking flour but we used bread flour instead. It worked for us but it is tricky to as a different flour can completely alter the recipe.

I got a lot of interesting reactions when I uploaded the photo to Facebook. I avoided mentioning the crickets and just said it was homemade pizza. There were many comments about how yummy it looked. It wasn’t until someone asked what the toppings were that the truth was revealed... 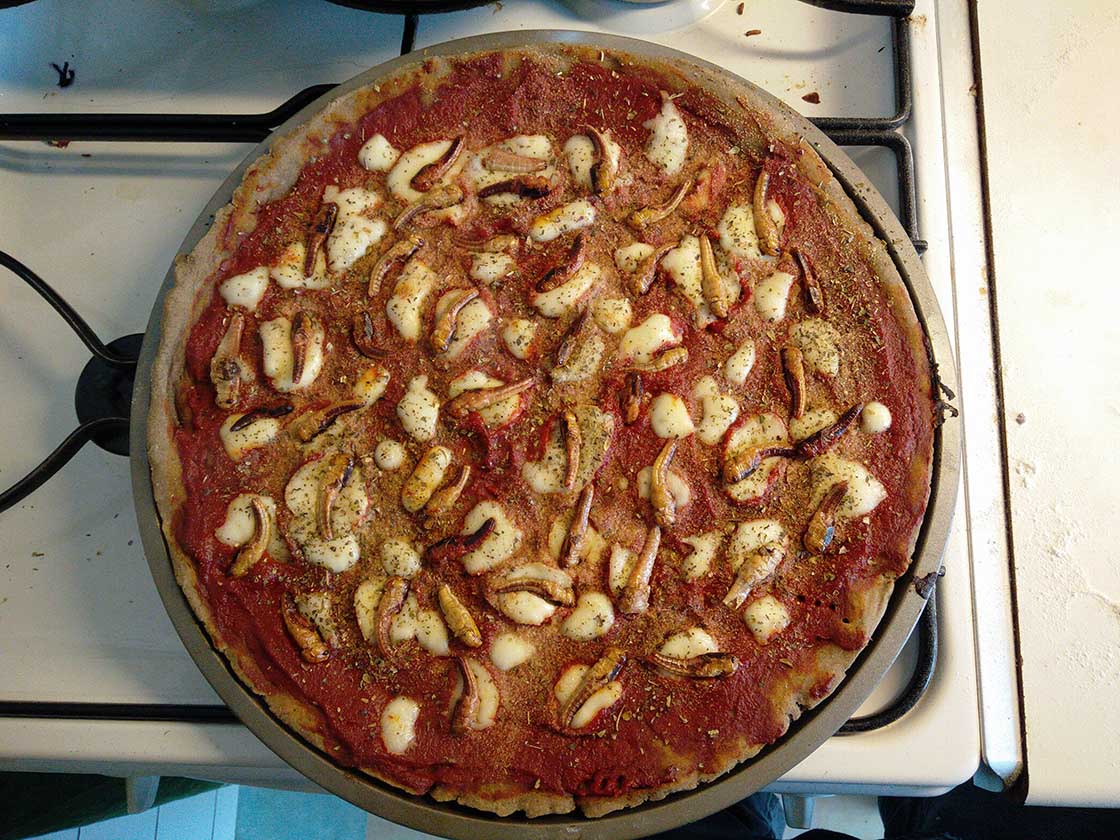 I will definitely buy cricket flour again when it becomes readily available and more affordable. It tasted great and is a hundred times healthier than regular flour. Pancakes will definitely be my next challenge, and this time I won’t be using crickets as toppings. Ground insects are definitely the best way to get even the most squeamish of people to give entomophagy a chance.