Surely one of the signs of change is the welcome appearance of sensible, balanced articles in food trade magazines on the topic of edible insects.

Covering the founding of the North American Edible Insects Coalition (NAEIC), the story in Food Navigator USA doesn’t even feature the usual sexy-lady-eating-scorpion stock photos that seem to be de rigueur in so much media coverage of entomophagy. Instead, cheery pictures of the founding members illustrate the story – Exo, Chapul, Chirps and other startups that have seen success in the US in recent years.

Co-founder of the new coalition, Robert Nathan Allen, thinks the tide is turning. The era of ‘Gross, bugs!’ is giving way to curiosity and enthusiasm. It’s a critical time in this fast-growing industry, and Allen wants to bring together its many disparate parts to form a professional association which will, he hopes, shape the future of edible insects in North America.

Allen is a pal of BUGSfeed; a few months ago we grilled him on Aspire’s ambitious palm weevil projects in Ghana. This time we chatted about the new coalition and what the future could hold. 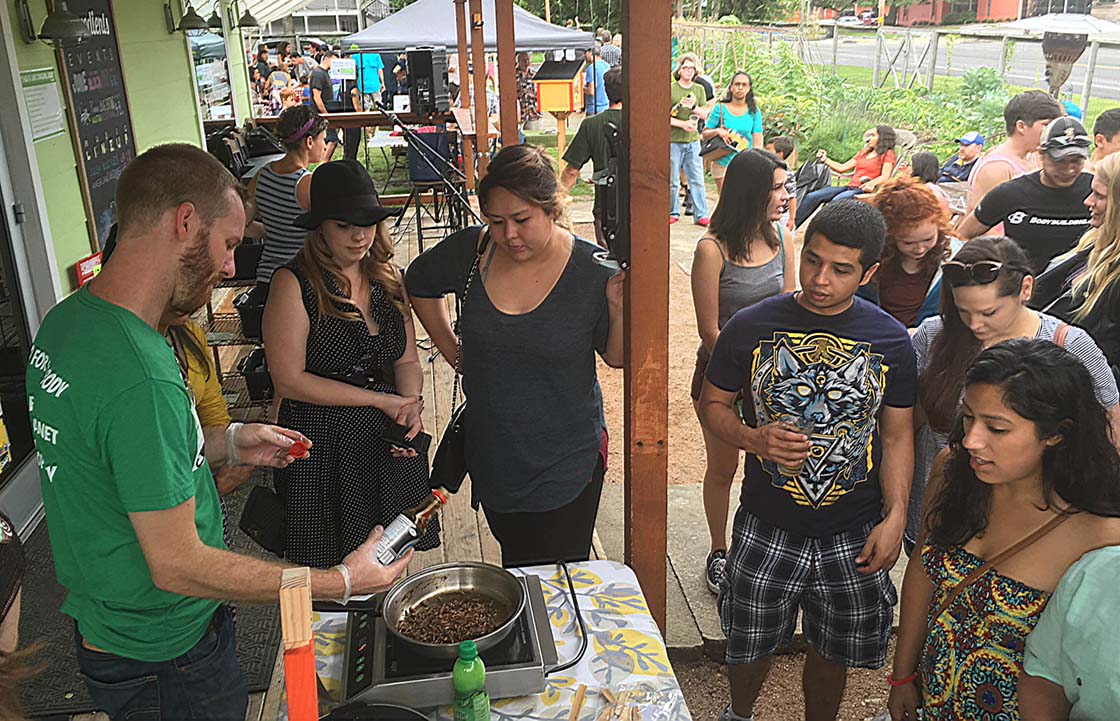 Fresh from Austin's 9th Annual Bug (Eating) Festival, Allen is bouncing around with excitement when we talk. "We ran out of all our samples! It was a blast," he enthuses, explaining that another event will be held on 13 July for those that were put off by the threat of thunderstorms last month.

Hosted by Little Herds, an educational non-profit for which Allen now works, the festival is family-friendly and experiential. The best bit, Allen says, is watching kids tuck in with no qualms at all. "Especially the really young ones: they'll just walk up to a bowl of crickets and start chowing down. The parents are the ones freaking out. But that gives us a chance to say: 'No, it's cool – humane, resource efficient food – and look, your kid loves it!' So we can educate the whole family, it's great."

Little Herds are currently running a crowdfunding campaign, already on target but with some ambitious stretch goals: education kits for schools, black soldier fly farm projects, and possibly even hosting the next 'Eating Insects' conference.

It was at the first such conference, in Detroit at the end of May, that Allen and others got together for the initial conversation about forming a professional coalition.

The North American Edible Insects Coalition is still in its infancy, but Allen envisages it having 20 to 30 companies involved this time next year. Not just insects for humans either: animal feed will also be a focus of NAEIC.

The initial meeting comprised a diverse bunch – around 50 farmers, processors, researchers, academics, and entrepreneurs – all hoping to pool and share resources to move entomophagy on in leaps and bounds.

In part, then, it's about figuring out what works best and telling each other. Not exactly rocket science, but in a fragmented industry spread over a vast area, it doesn't happen automatically.

We need a rule book for safe and responsible practices

"As a new industry, we should be saving money," Allen says. "But everybody's reinventing the wheel: paying a lot for fees, shipping, production runs and so on, because they don't have access to the economy of scale yet. We can share resources on how to import, export, deal with employee taxes – building up infrastructure and investment bases too, and streamlining the markets."

As a trade body, NAEIC could conceivably become an important lobbying voice, something like the European IPIFF. Allen plays down this aspect a little: "It's not the priority or main focus," he explains, because the regulatory framework is just considerably better for North American producers than it is in Europe. 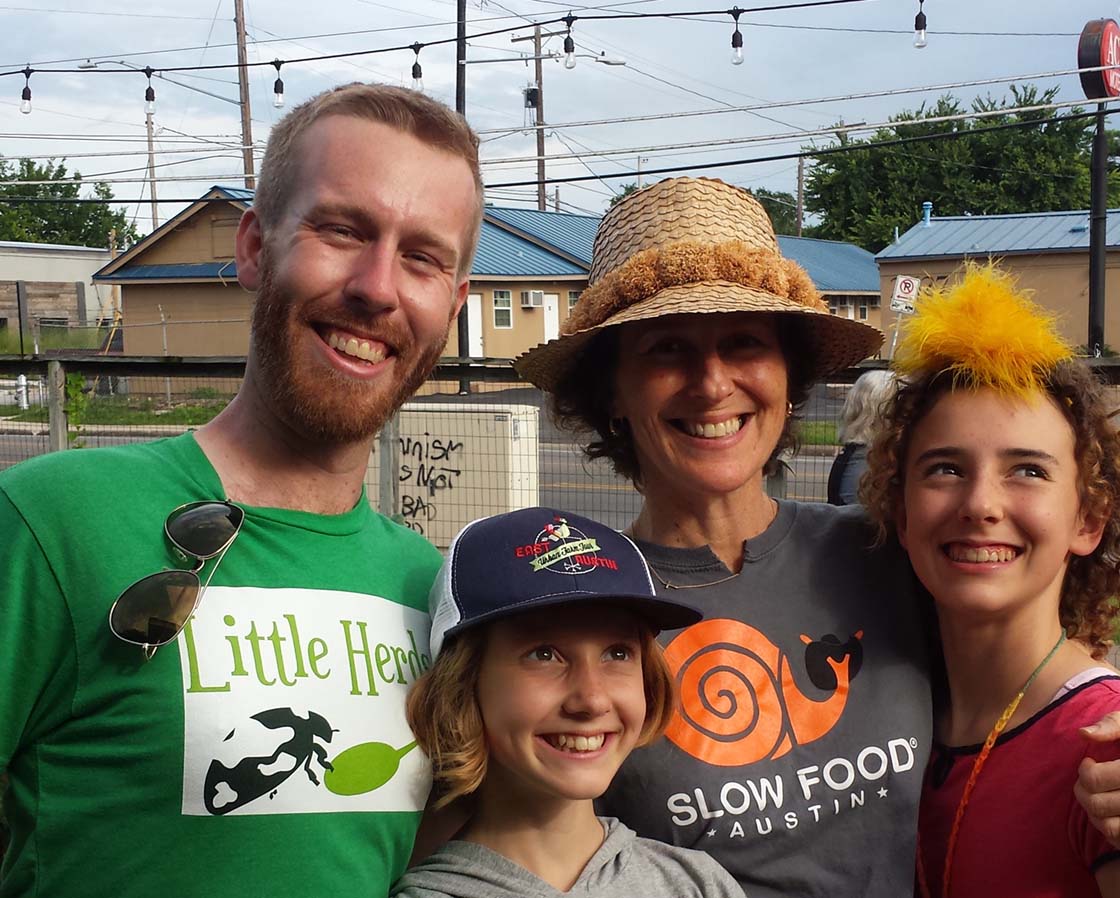 But certainly, developing standard operating practices for the industry is something he's interested in – "a rulebook for safe and responsible practices" – so that everyone's on the same page. Along with a firm focus on education, this is an area where the coalition could, arguably, have a socially and environmentally progressive function, rather than being merely a professional trade body.

"We'll be able to bring concerns about large-scale production and industrialisation of entomophagy to the forefront, and make sure the companies are cognisant of these concerns. This way we can avoid the pitfalls we've seen others fall into time and time again," Allen says.

Such as? "Well there was a great discussion [at Eating Insects Detroit] on ethics. As in, how do we make sure we're not appropriating others' cultures in this industry? Or that our demand for certain products is not creating systems of slavery or systems that exploit minority populations."

Edible insect companies are in a good position to develop an ethical industry because, Allen says, "we're starting this industry at a time that's never been more transparent, more communicative, more socially conscious than any other time in our history. As we grow and scale up, start creating these larger commercial entities, we have an opportunity to build it in a way people want other industries to operate: with animal welfare, environment and biodiversity preservation at the forefront." 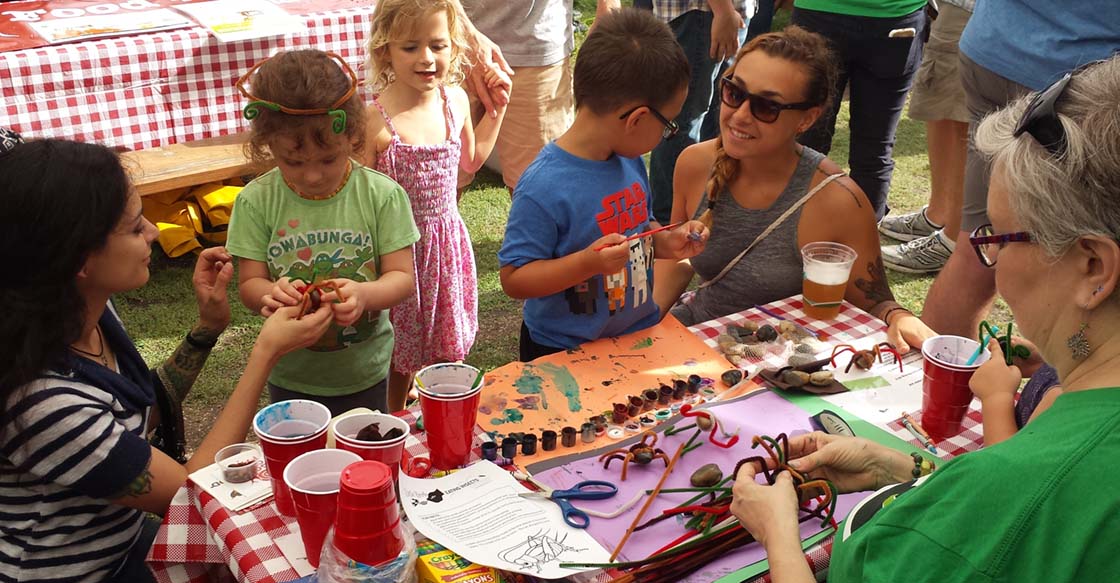 Because what motivates many in the industry, and bug-eating consumers, is the ethical aspect of entomophagy – what Allen calls the ‘early-adopter consumer sector’ – those that consider carefully what they eat in terms of animal ethics, carbon footprint and personal health – have largely been behind the increasing popularity of edible insects in the west.

Now, as bug products become more normalised and widely accepted, the challenge is to keep that progressive edge to the industry, even when there are big profits to be made. It’s safe to say that a lot of people will be watching organisations like NAEIC in the coming years to see if it can be done.