In areas of Mexico – particularly the state of Oaxaca – piles of grasshoppers for consumption are a common sight. Called chapulínes – a native Nahuatl word – the bugs are popular both as a snack and as an ingredient. 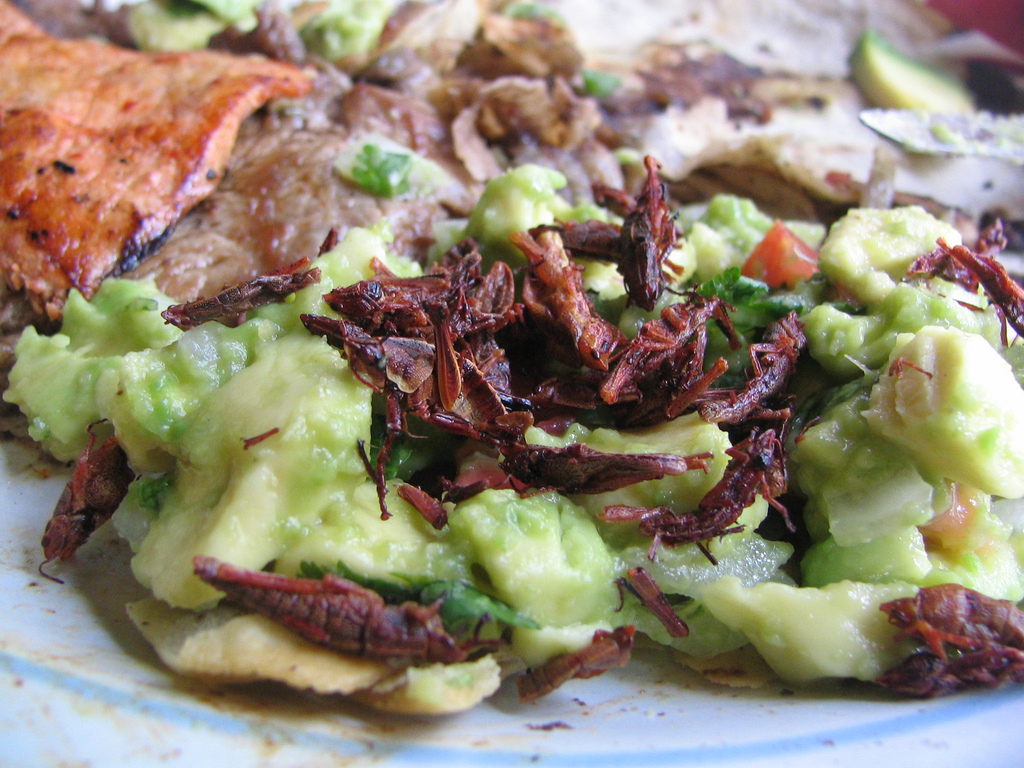 A growing abundance of chapulines has been noted in US states like New Mexico and California, sent from relatives in Mexico. Concerns about lead levels several years ago were eventually traced to a certain type of cooking pot used to prepare the imported grasshoppers.

The antennae tickle on the way down

Grasshopper tacos are making their way into the trendier eating spots of the US, as is the way with any ‘unusual’ food - sushi was once the same! This blogger describes the taste as “the crunch of fried chicken skin and the taste of mushrooms mixed with shrimp” - but warns that the antennae tickle on the way down. We’d suggest pulling off the wings, legs and antennae before cooking as they are apparently a bit tough to digest.

A pound of chapulines will make a good pot of taco filling which you can then combine with all the delicious elements of mexican food – a nice hot salsa, creamy guacamole. 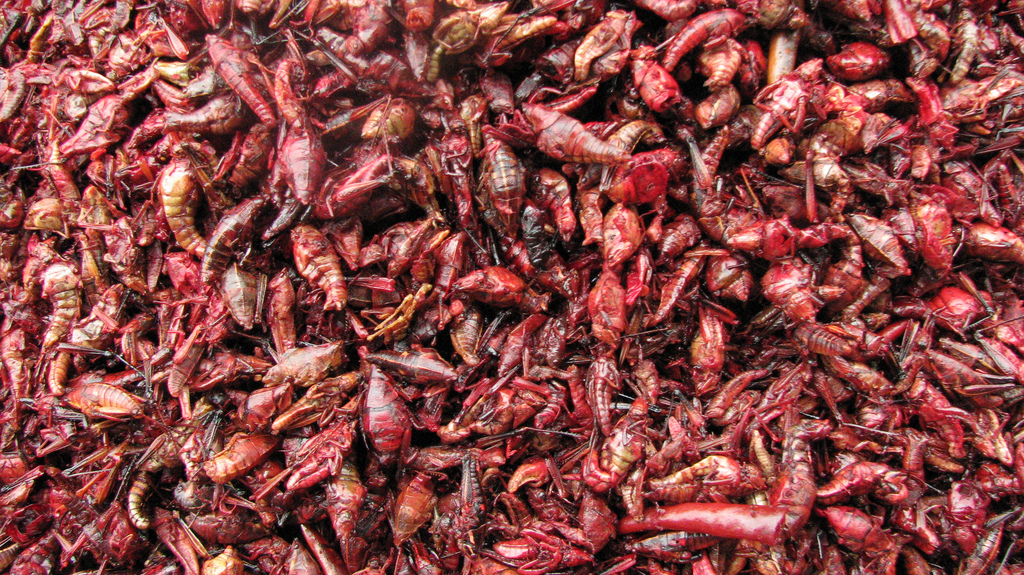 To cook chapulines as a filling, heat oil in a wok or pan until smoking. Fry several cloves of chopped garlic (go wild; who doesn’t love garlic?) and add one diced chili pepper and half a diced onion.

Once the onion and garlic are translucent, remove and put aside, leaving plenty of oil for the chapulines. Saute these until really crispy and browned, then drain on kitchen roll. As they dry, sprinkle with salt and lime. Try one at this point – they’re a good snack, apparently. Or start putting together your chapulín taco!

The BUGSfeed team hasn't tried this one yet, so if you attempt it, do let us know how it tastes. We imagine the dish goes well with a nice cold beer or some Mexican tequila. Get the maguey worm variety and you could be tasting two insects at once!

As all Scottish followers will know, tonight is Burns Nicht. Yesterday, we were wondering on Twitter if someone had made haggis, the Scottish national dish, from insects yet. Today, we came across the answer and are sharing it with kind permission of the wonderful Bugs for Life project. Here's Craig MacFarlane and the bug haggis – or 'buggis'. More →