Insects as food (and feed) have come to stay

We asked Lars Lau Heckmann of the Danish Technological Institute to give us his thoughts on BUGS from his perspective as researcher of insects as food and feed. Below is what he had to say.

At the time when Ben and Josh started their cultural journey as seen in BUGS, a movement to utilise insects as feed and food commenced in Europe and beyond. This was, to a large extend, ‘kickstarted’ by the, now classic, report on edible insects by the UN Food and Agricultural Organization (FAO) in 2013. BUGS captures this cultural shift and displays some of the initiatives going on at the time, such as the international conference ‘Insects to feed the world’ held in The Netherlands in May 2014. I attended this conference and presented some of the first research that Danish Technological Institute (DTI) were doing on insects as feed for poultry. 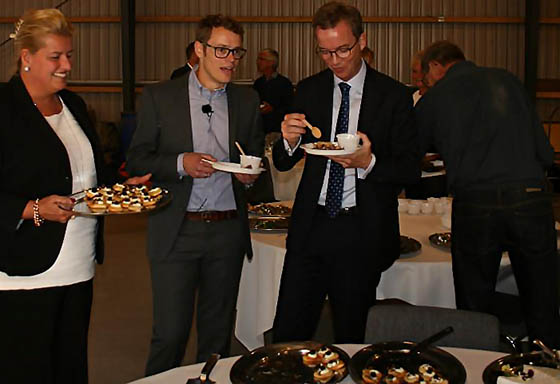 Subsequently, and progressing with focus on insect as food, we at DTI moved on to working on insects as both feed and food; e.g. concentrating on developing feed for insects reared on different by-products as well as development of automation for handling processes in production – efforts leading towards enabling large-scale production.

BUGS is a testimony to the fact that (as stated in the film): “Ideas which have provoked disgust in the past have turned into new opportunities in western food culture.” In our daily work, we see this reality unfolding rapidly. More and more people embrace the idea of insects being part of a modern food culture in various aspects – spanning from ‘exotic’ gastronomy to insect-based processed foods.

Watch BUGS and let your perspective become a little wider. Insects as food (and feed) have come to stay!