The success of Crobar is a story of one big gamble that seems to be paying off. You might not have heard of the product yet, but in a few years the energy bars will be filling supermarket shelves and gym bags – so says Christine Spliid, founder of the brand. 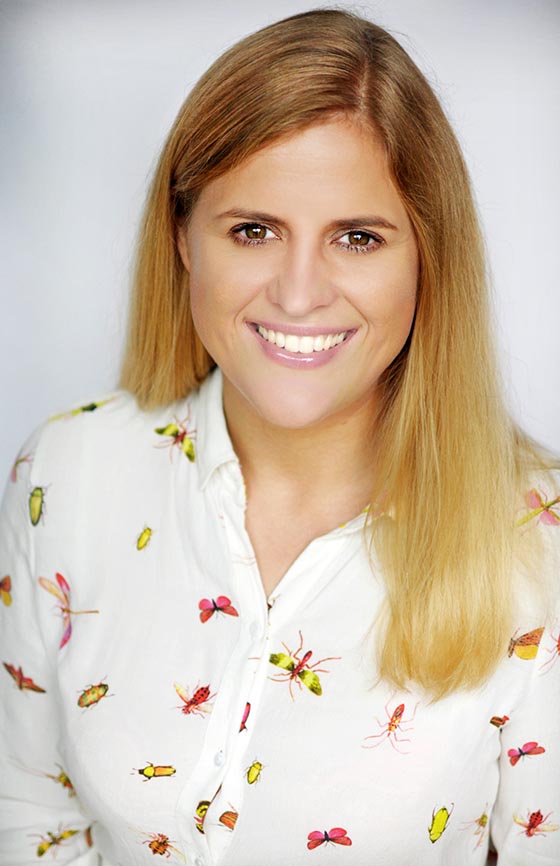 And Spliid does appear to have a knack for accurate guesses. A student of psychology and management at Warwick University, she took a risk in creating Crobar – not only are there many varieties of energy bars already out there, but her bars contain crickets. Roasted, dried, powdered crickets. That’s what gives the bars such high nutritional content – but also makes them a ‘hard sell’ for the majority of people who still consider edible insects somewhat beyond the pale.

Gluten- and dairy-free, the Crobar comes in either peanut or cacoa flavour, both filled with nuts and seeds and around 6 per cent cricket flour. They’re described on the website as an alternative to whey protein (which can cause problems for lactose-intolerant people, as it’s a dairy product).

Originally from Denmark, Spliid was always into energy bars, but was first drawn to the idea of crickets after noticing the large quantities of insects eaten in Cambodia. When she came back to the UK it just made sense to her to make a marriage of the two and produce a super-protein bar.

A Kickstarter launched last spring (2015) was successful, and now, after a flurry of media coverage and public interest, things are looking good for Crobar. But it wasn’t easy.

BUGSfeed discussed with Spliid what made her take the plunge in the beginning. “I’m not really scared of taking risks,” she said. That’s fortunate, as she has faced not only a difficult sell and wary manufacturers, but the question of whether the bars would even be legal. The lack of rules around selling edible insects in the EU at the time meant that the best you could say was that they were not specifically illegal.

“It was a grey area,” Spliid says. “I knew that at some point things would change – different food agencies in EU countries interpret the laws [on edible insects] differently. No one else was doing it, so I thought: let’s take a chance!” She admits she panicked when the European Parliament was due to make a decision regarding edible insects last October – “but it was in our favour. In two or three years we have to start applying for these new Novel Food rules, and we can join in with Woven on that [a network of entomophagy professionals].”

Still, things aren’t exactly clear right now, and setbacks – like having all your products removed from a major retailer after just a few weeks due to legal worries – are just something she accepts. Producing and selling insect products is not for the faint-hearted. “You have to deal with rejection a lot,”, Spliid tells us. “Finding a manufacturer willing to work with cricket flour was a massive challenge. It’s risky for them – other clients might be put off if they’re using cricket flour. But at least with our raw bars, it’s straightforward: no cooking or baking required.” 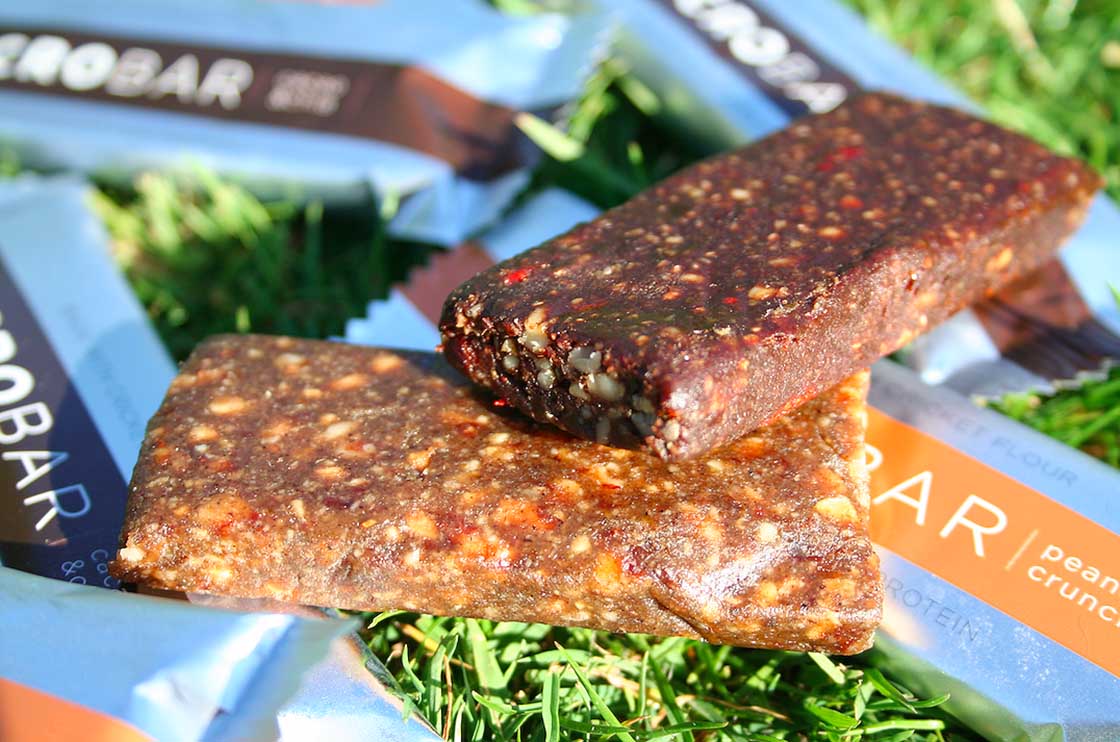 Crobar in its original design. All photos: Croprotein Ltd

The field of insects for human consumption just isn’t comprehensively researched yet. Various EU and UN reports inevitably conclude “further research required”, seemingly wary of rubber-stamping the burgeoning industry. Spliid is frank about this. “Theoretically, you could have some kind of disease that you couldn't predict that could ruin a whole cricket crop. But that's all very speculative.” Of course, you could say the same about poultry (and many do).

Spliid told us she approached over 50 manufacturers before finding one that would take on her Crobar project. But she seems nonplussed by the effort involved. “This industry is three steps forward, one back – all the time”, she shrugs. What really interests her is the psychology behind it all. The people at the health food conferences she’s been attending, she admitted, could be an easy market.

But at least among this demographic, awareness and enthusiasm around edible insects is noticeable. The only objections have come from vegans, but vegetarians, depending on their motivation for being so, are often happy to eat insects. Sugar content was also raised by some. Though the bars have no added sugar, their sultanas and dates make them quite sweet.

People need to hear it many times, from different angles, to start believing in it." – Christine Spliid

But what explains the shifting attitudes? The obvious ploy for edible insect products is disguising the creepy crawly bits, and certainly grinding them into flour does just that. But even whole insects are beginning to grow in popularity, Spliid noted.

“PR and advertising comes into it too. People need to hear it many times, from different angles, to start believing in it. At the moment most people have heard of entomophagy from a few sources.”

“When people eat the bar and think it tastes nice, half the battle’s won. Then they hear about the health benefits, so buying more is easy. And I’ve learned that if you talk with enthusiasm, people really listen!”

Her company – just her and one part-time employee – are certainly not alone in extolling the virtues of entomophagy. The most surprising message for many seems to be the fact that billions of people already do eat insects – and have done for a long time. But a powerful argument seems also to be the environmental benefits, as compared to livestock breeding. This is heavily emphasised in Crobar’s marketing materials, with infographics neatly illustrating the cricket-to-cow water ratio.

But there’s a catch there. The cricket flour in Crobars is manufactured in Canada. The optimistically-named Next Millennium Farms (NMF), home to 30 million crickets, has been the feature of many ‘you’ll never guess’-style news features in recent years. Spliid says she has little choice but to import the Canadian flour – for now. “It’s not sustainable to ship an ingredient across the world,” she admits. “But they’re one of the only farms that makes organic cricket flour and we feel this is a new meat source, so it should be the best quality possible. Also, they share the details of how they process the insects every step of the way, which is important.” 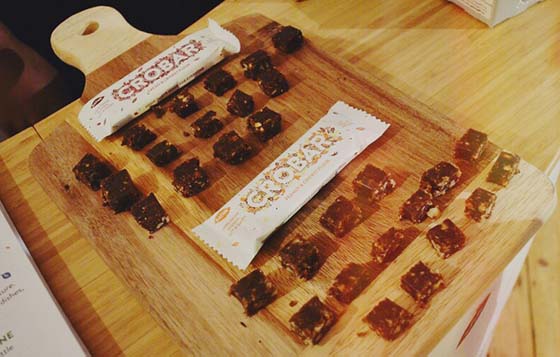 Surely, though, with entomophagy taking off in permissive European states like the Netherlands or Belgium, someone closer to home is farming these bugs?

Yes, Spliid says, but she’ll buy from them when the price is right. It’s about economies of scale: NMF are big – very big – meaning that “the costs are much lower than I could get from Europe at the moment.” But she adds that “things are changing quickly.”

“I get approached by one or two cricket-farm startups every month or so. So I hope I can source the flour from the UK or within the EU soon. And ten years down the line I'd love to have an in-house cricket farm.”

This is only part of her plans - at some point Spliid wants to introduce other, perhaps whole, insects into shops and restaurants. That’s why you won’t find her products at 'crobar.com' but at gathrfoods.com, which will be the brand name under which she ultimately aims to be “the biggest European food manufacturer of insect-based products.”

This week has been a big one for the edible-insect world, as insect protein company Exo managed to secure $4 million in financing from venture capitalists – a first in this young industry. More →