‘As difficult as herding cats’, the saying goes – well, try herding grasshoppers. Not only can these guys jump the bug-equivalent of several football fields, but they can actually fly too.

Nevertheless, the idea of farming them like a domesticated food source is actually taking off in parts of the US, and has long been practiced around the African continent. Grasshoppers love the prairie – warm winds, big open plains and lots of tasty grass. 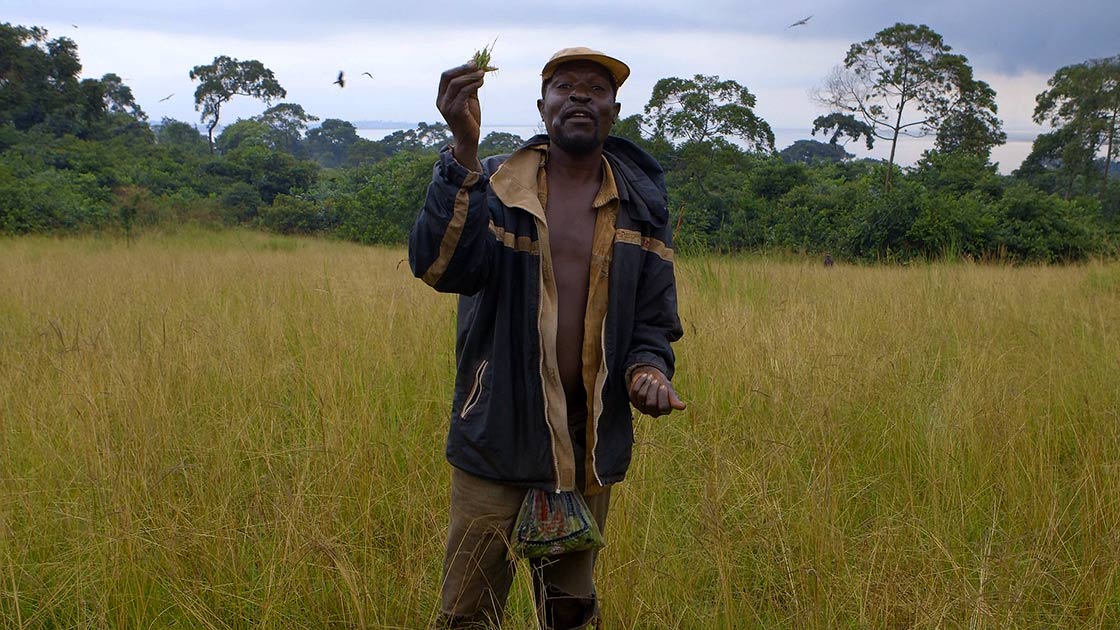 Nsenene in Uganda. Photo: still from BUGS the film

As Mark Nagy outlines in his entomophagy blog, if you’re in the right environment and fancy rearing or catching some hoppers for the table, you’ve got two options. One is to make your own little farm - a patch of land away from other fields that might be sprayed with chemicals.

Pesticides
You want, obviously, to know what you’re putting in your mouth - and pesticide contamination is a frequent concern raised around entomophagy.

Nagy recommends mowing the perimeter to stop them getting out – or others getting in. Populate your patch with grasshoppers and wait for harvest! It is undoubtedly more a trial-and-error process, but in theory is pretty simple. The harvesting can be done with large nets, or by hand – after which you freeze your batch of hoppers, ready to eat (or sell!) when you choose. 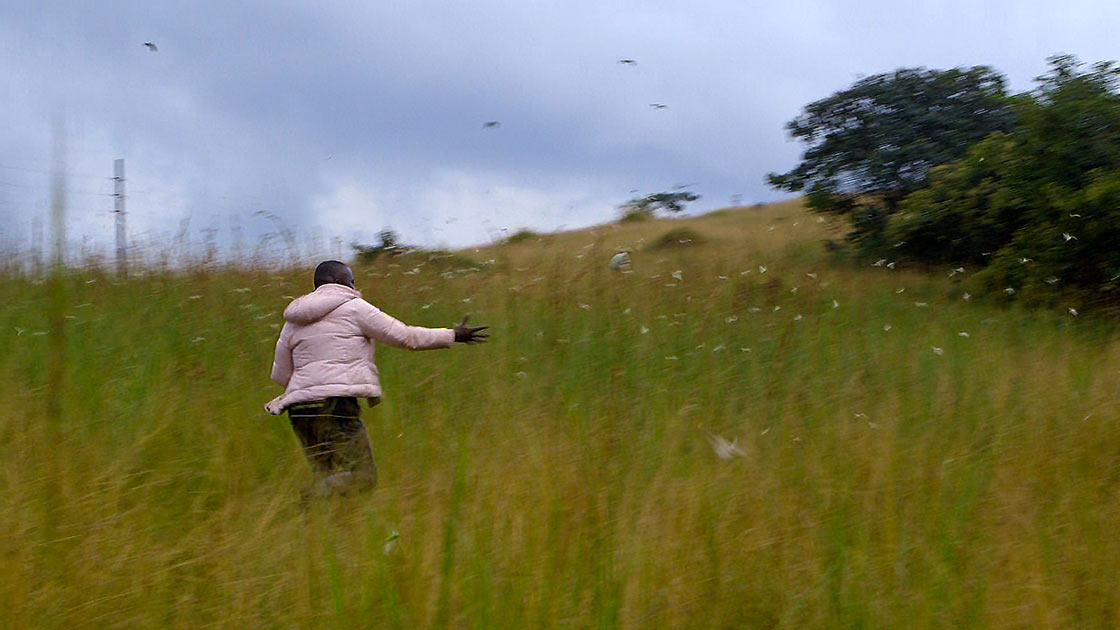 Herding grasshoppers in Uganda. Photo: still from BUGS the film

Alternatively, you can harvest the grasshoppers in the wild, but as mentioned, pesticide use can be a worry. Lab testing is one option – this is apparently becoming more easily done in the US as the interest in edible insects takes off.

Also in the US, Mother Earth News writer Miles Olson described an interesting harvesting technique: getting a large group of people together to hold hands forming a ‘human wall’, and marching into the long grass together, trapping the grasshoppers until they could be gathered in a big tarpaulin. It’s a lot more gentle than an abattoir, that’s for sure.

Grasshoppers are sleepy at dusk, when they’ve been munching through crops or grass, or early in the morning. This is when they’re ripe for the picking, lacking the energy to jump away. At night though they’re very active. In Uganda the bugs are harvested in the dark, using huge traps fashioned from sheets of metal and floodlights. 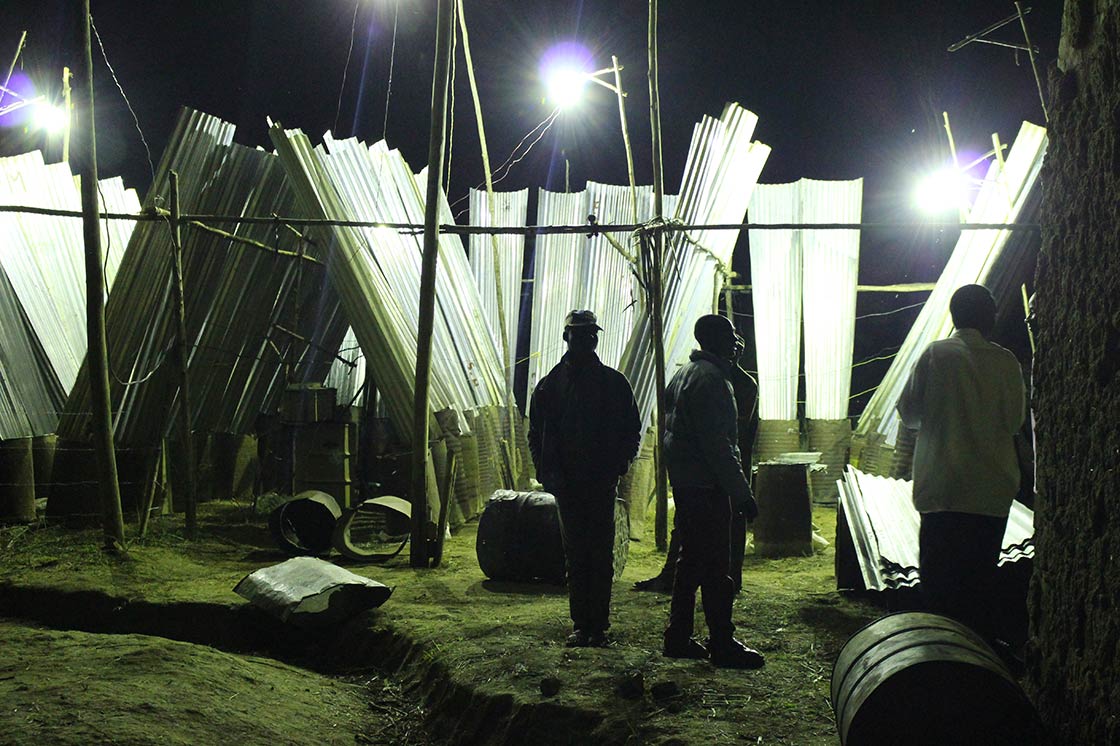 There are real problems though associated with this newer method of trapping though - not only does it often feature the illegal draining of local electricity supplies, leading to power cuts, but the high-voltage lights can severely harm the sight of the people harvesting the grasshoppers.

A bit more labour-intensive and site-specific than high-tech bug farms like LIVIN’s little mealworm factory – but if you’re in the right environment and fancy trying some grasshoppers, you’ve probably got ample opportunity! Then of course you can sell it to those of us in colder climes and make a profit from your curiosity… 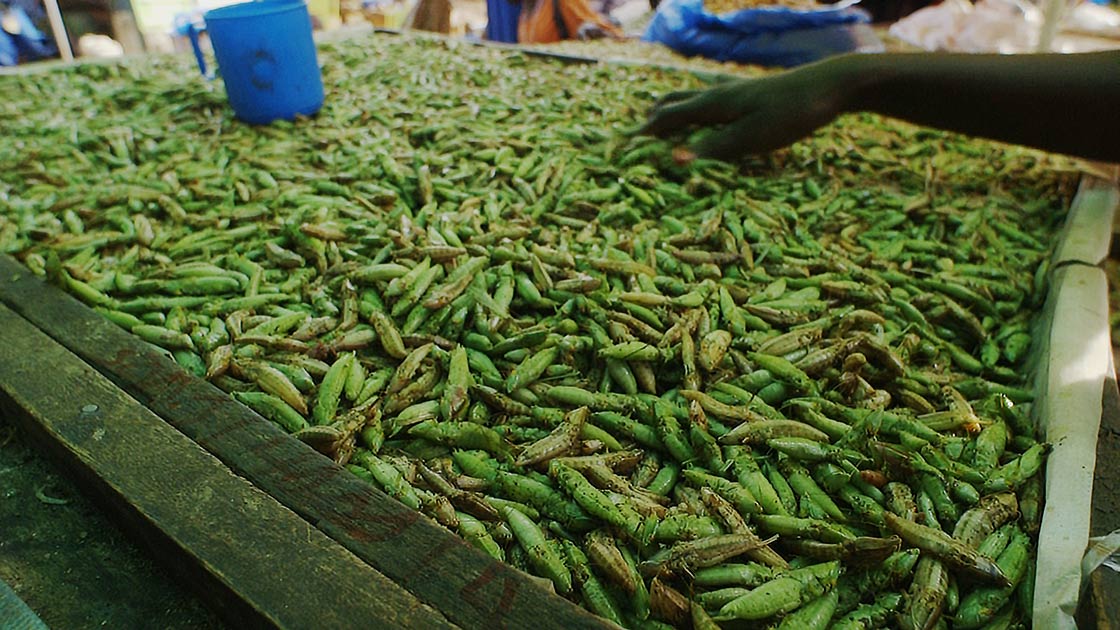 More on United States Grow Your Own

Super-local food? Mealworms are really easy to breed, so we look at how to grow your own supply at home. From the DIY hive to the high-tech gadgets, here's how you could raise your own protein supply. More →

I kept roaming the vast Expo area in Milan – all those impressive national pavilions showing how the respective countries were “feeding the planet”, as the Universal Exhibition’s theme suggested. Yet all the nations that regularly eat insects – they had somehow decided to hide to the world the fact that they do. More →